All of a sudden, transportation and its discontents are in the public-agenda spotlight. The state Senate has just released a report about Massachusetts’ transportation wants and needs. As the senators see it, the era of big highway expansion is over; the future focus should be on regional rail and better bus service, with cities and towns perhaps granted new revenue options to help them pursue infrastructure improvements.

The Pioneer Institute, meanwhile, has just weighed in with a study suggesting that increased ferry service would let the MBTA expand its services cost-effectively — and not just between harbor and coastal communities but possibly to Somerville, Everett, and Medford via the Mystic River.

Meanwhile, the Massachusetts Taxpayers Foundation argues that the state needs a new transportation blueprint, one that assesses the Commonwealth’s future transportation needs and how to fund them, while also considering the effects of global warming. Which is also essentially what the state Senate’s new report, calls for. “Developing a statewide vision for a 21st-century transportation system is . . . essential,” it says.

At a forum last week sponsored by the taxpayers foundation, transportation specialists discussed the challenge of planning for a public transportation future in which climate problems loom and traditional transportation behavior is likely to shift. One example: With self-driving vehicles and ride-hailing services, car ownership may drop precipitously.

Add to all this a fascinating futuristic idea: An aerial tramway or gondola system to move people not under the city, as with a subway, or on its streets, as with buses or cars, but above it. Millennium Partners has floated such a plan to link the Seaport District with South Station. But it’s an application that might also work to move passengers along the Rose Kennedy Greenway. Or even provide a connection between various spokes of the MBTA lines. Certainly it’s a transport mode other US cities are exploring. 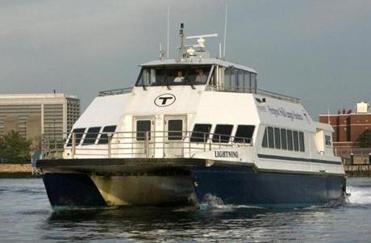 Summer must really be over, because the transportation world seems to be back to work.

As with most things, there’s a disagreement over ways and means.

After engaging with some 700 citizens around the state, the senators say Massachusetts residents believe a better transportation system is vital and are willing to pay to bring it about. State Senator Tom McGee, the transportation committee chairman, thinks the state needs to start spending $1 billion more a year on transportation. Most of that would be capital costs, notes Senate President Stan Rosenberg, and thus be financed through bonds. State government could bond $1 billion over 30 years for about $60 million a year in debt service.

But more bonds would likely need a dedicated revenue source, which would mean new taxes — and that notion makes Governor Charlie Baker and his lieutenants wary. At the transportation forum, state Transportation Secretary Stephanie Pollack noted that the administration had already identified some $16 billion to be spent on transportation in the next five years. (That’s for both MassDOT and the MBTA.) “We are confident we have the revenue we need,” she said.

Still, at the same forum, Lieutenant Governor Karyn Polito announced that Baker will issue an executive order establishing a new commission to look at the state’s transportation needs and consider various ways to fund them.

That’s good news, but for a new transportation blueprint to be credible, it needs to avoid predictable pitfalls. One is pet-regional-project logrolling. Another is letting revenue limitations, rather than economic and modernization needs, determine the scope of transportation planning. If the state genuinely needs more transportation spending than it can currently afford, that’s important for policy makers and the public to know and debate. The state also needs to be able to rate projects by economic importance.

Given all that, the effort would benefit from the expertise of a professional transportation consulting firm to help develop and apply a rigorous cost-benefit analysis. This effort must be well and objectively done if it’s to become a widely accepted blueprint for Massachusetts’ transportation future.