My favorite ceramic mug goes unused these days, as I’ve lost my taste for coffee. Pancreatic cancer has taken many of my small pleasures. Yet I value this mug more than ever as I remember the young potter in Florida who made dozens in a desperate attempt to raise money for breast cancer treatment for his uninsured sister.

While I can, I want to share why I have spent my life fighting to give people like the potter’s sister the health care they deserve.

Both she and I are unlucky to have cancer. But I am more keenly aware than ever that the people who love me do not have to worry whether I will receive the care I need, because I have excellent health insurance and clinicians. Although I would never have wished to have cancer, it has given me a personal connection to the suffering of the people for whom I’ve advocated.

I first became aware of stark disparities in our society’s health care after college, in the early 1970s. I was a surgical orderly at a large public hospital in San Jose, Calif., where the largely Spanish-speaking patients received barebones care and often could not understand their doctors because there were no translators.

I went on to found the grass-roots organization Health Care For All in the mid-1980s, and, until my diagnosis in September, served as executive director of Community Catalyst, a national health care advocacy organization. Health Care For All was instrumental in making Massachusetts a first-in-the-nation model of near-universal health coverage, and Community Catalyst played a vital role in the passage of the Affordable Care Act in 2010 and its successful defense against repeal in 2017. 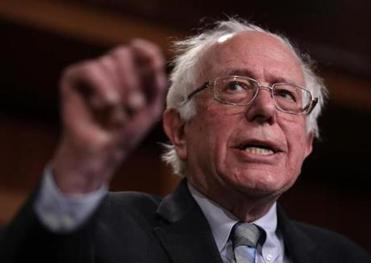 What does ‘Medicare for all’ mean?

First, change happens when ordinary people become empowered advocates who can eloquently articulate their stories of hardships and then translate their experiences into compelling arguments for changing the system.

Second, rather than view those in power as adversaries, it is far more effective to see them as partners with advocates and consumers. Time and again I have seen health care executives, policy makers, and government officials respond to powerful stories and take steps to make health care more just.

Twenty-five years ago, Florence Greenaway contacted Health Care For All, desperate to help her son, James, an innocent bystander who had suffered a gunshot wound. A year after surgery, he still lived with an unnecessary colostomy bag. A Partners-affiliated hospital required payment to close the colostomy — payment the family could not afford. When I told their story to Matt Fishman, head of community benefits at Partners HealthCare, he shared my concern. Within three days, James was free of both bag and bill.

Florence’s experience and advocacy revealed policy and operations flaws in the free care program for uninsured individuals. After James’s case, patients could more easily access benefits, and Florence became a champion of health care access and eventually board chair of Health Care For All.

I also saw the power of finding common ground between consumers, business, and health care providers in the fight to provide coverage to children. In 1996, Health Care For All and others led a campaign to increase tobacco taxes to pay for MassHealth for a far bigger pool of children. I will never forget when Andrew Dreyfus, then vice president of the Massachusetts Hospital Association and now CEO of Blue Cross Blue Shield of Massachusetts, told me the association would support the tax and reject political pressure to oppose it. The program became a model for the federal Children’s Health Insurance Program, which insures nearly 10 million children.

Six years later, my friend Bob Master, a physician, created a new model to deliver care to individuals with the greatest medical, social, and financial challenges. In partnership with Health Care For All, Community Catalyst, and the Boston Center for Independent Living, Bob founded Commonwealth Care Alliance. Today, tens of thousands of Massachusetts’ most vulnerable residents receive comprehensive care that addresses physical, behavioral, and health needs, an approach replicated across the nation.

Though I will not live to see it, I am convinced the march toward universal, affordable, equitable, quality health care is unstoppable. The next generation of advocacy leaders will continue the work I leave unfinished. One of them is Elena Hung, a mother whose desire to get care for her child with complex medical needs led her to seek training from Community Catalyst. Through her organization, Little Lobbyists, Elena mobilized thousands of families to oppose the repeal of the ACA. Without advocates like her, Medicaid expansion would not have happened in New Hampshire, Maine, and 32 other states, and millions of people would lack insurance.

In September, about a week after my diagnosis, I resigned from Community Catalyst to begin chemotherapy, receiving world-class treatment at Dana-Farber Cancer Center. I sat in awe at a recent meeting when the members of my multidisciplinary team, along with my family, squeezed into a tiny exam room to engage in frank discussion of my care goals and options. The comprehensive care has given me the chance to cherish the time I have left with my wife, Emily, my two children, their spouses, my four young grandchildren, my devoted friends, and extended family.

Mortality does not terrify me now. For I can imagine my grandchildren one day living in a society where health care is a right and not a privilege, because of the many people who will continue to do the work that has been so important to me.

Rob Restuccia is former executive director of Community Catalyst and founder of Health Care For All.
Loading comments...
Most Popular in opinion
Real journalists. Real journalism. Subscribe to The Boston Globe today.