Let’s put this bluntly: If 2020 Democratic primary voters make support of a Bernie Sanders-style “Medicare for all” program a litmus test for their 2020 presidential nominee, it’s time for them to have their collective heads examined — no matter what health care coverage they have.

The baseline priority, obviously, has to be this: selecting a candidate who can beat Donald Trump — not the depth of her or his commitment to “Medicare for all,” as single-payer health care now likes to be called.

And yet you can already see leading Democratic candidates tiptoeing through the Medicare-for-all minefield, hoping to avoid getting crosswise with the party’s left wing without making themselves a major target for the right-wing attack machine.

Witness Senator Kamala Harris, who declared in a televised Iowa town hall that, yes, her support for Medicare for all meant eliminating insurance companies. (A full-blown single-payer system of the sort Sanders envisions would basically end the role of insurers.) When controversy ensued, Harris’s team quickly fuzzed up that stand, noting she also supported more incremental measures.

Senator Elizabeth Warren has been more skillful in her calculated ambiguity. She has embraced the idea of Medicare for all, but doesn’t commit to much by way of specifics. Queried recently by Reuters about whether there was room for private insurers in a single-payer system, Warren dodged. Last fall, I asked her why, at a time when the public has finally swung around to majority support for the Affordable Care Act, she had now embraced single-payer. It quickly became clear that her embrace tended toward the ethereal. 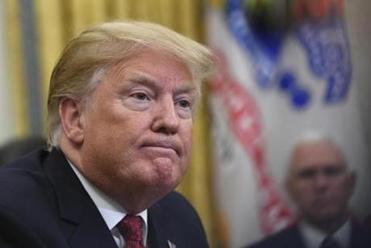 Happy about Trump’s low approval ratings? Not so fast.

Many Republicans are fed up with Trump, too. But that doesn’t mean they won’t vote for him again.

The first and second priorities should be to defend and improve the Affordable Care Act, she said, and then to lower the costs of prescription drugs. But if that were accomplished, why then abandon Obamacare in favor of single-payer? Warren replied that one could move in that direction by letting people buy into Medicare or by lowering the age for Medicare eligibility. Queried about whether she had a target date for transitioning to single-payer, the senator replied: “The whole point is, we can make the system we have much better. It’s not like a light switch.”

New Jersey Senator Cory Booker is also trying to finesse the issue, saying yes, he supports Medicare for all, but not doing away with insurance companies.

Ironically, Senator Kirsten Gillibrand, viewed as one of the more moderate candidates, seems to have the most specific timeline; like Harris, Warren, and Booker, she is a cosponsor of the Sanders legislation, and like him, she actually appears to support its provision calling for a move to single-payer over four years.

So far, only one well-known prospective Democratic candidate has given voice to single-payer skepticism. In a swing through Iowa, Ohio Democrat Sherrod Brown declared that Medicare for all wasn’t practical. Given the difficulty Democrats had passing the Affordable Care Act, enacting a broader system that would change the health care arrangements for millions of Americans would certainly be a gigantic struggle, the more so because Sanders’ proposal lacks both an authoritative Congressional Budget Office cost analysis and a CBO-vetted financing plan.

Further, the notion that single-payer would easily or quickly reduce US health care spending to the percentage-of-GDP level of European single-payer systems is dubious — unless, that is, policy-makers are ready to slash the incomes of doctors, nurses, and other medical personnel.

Brown’s more modest offering: “I think instead we should do Medicare at 55,” which, he said, was “something we might be able to get through Congress.” (The senator also supports a public option that Americans under 55 could buy into.)

That more measured stand on health care has earned him the skepticism and scorn of some single-payer devotees. And that’s sad. Brown, after all, is a credentialed progressive-populist who has won twice statewide in a key presidential swing state. His proposals would amount to important improvements in US health care.