George W. Bush ran for president in 2000 on a platform of lowering America’s international profile and not trying to solve all the world’s problems.

“I’m not so sure the role of the United States is to go around the world saying, ‘This is the way it’s got to be,’ ” Bush argued in a debate with Al Gore. He would be extremely reluctant to deploy US military forces, he said, and saw no need for America to concern itself with nation-building abroad.

That was a popular point of view in 2000. In opinion polls at the time, majorities said the United States “should mind its own business internationally.” When Gallup asked if America should or should not take the “leading role” among countries trying to solve global problems, 55 percent answered: “Should not.”

But after 9/11, Bush reversed course. The quasi-isolationism he had favored vanished overnight, to be replaced by wars in Afghanistan and Iraq, a worldwide campaign against Islamist terrorism, and an assertive “freedom agenda” aimed at democratizing the Middle East.

But the longer the conflicts persisted, the more Americans recoiled from the role of world policeman. Bush and his foreign policy grew steadily more unpopular. By 2008, his approval rating had sunk to 25 percent and Barack Obama was running for president as the anti-Bush, promising to pull the troops out, end US intervention, and focus on “nation-building here at home.”

With the emergence of a new Obama doctrine, American foreign policy grew more deferential and self-effacing. In practice, that meant being more tolerant of brutal regimes and less inclined to support their victims. Obama refused to encourage pro-democracy protesters in Iran, to enforce a “red line” against chemical warfare in Syria, to resist Russian aggression in Ukraine, or to thwart China’s encroachments against its neighbors. 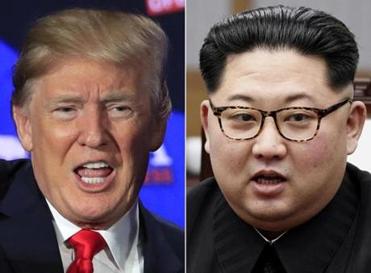 Face it: Trump has been right about Iran and North Korea

I wish I had a fistful of dollars for every article I have read in the past year about the foolishness of Trump’s foreign policy.

For much of his presidency, Obama’s program of retreat enjoyed Americans’ support. As late as 2014, according to the Pew Research Center, 51 percent of the public continued to say that America had done “too much” in trying to solve the world’s problems. But as it became ever clearer that Obama’s policies were making the world more dangerous, the pendulum began swinging back. Over the past four years, there has been a 21-point drop in the share of Americans wanting a more isolationist foreign policy, while those saying the United States does too little on the global stage have climbed from 17 percent of the public to 33 percent.

The shift has been especially notable among Democrats. Since the election of Donald Trump on an explicit “America First” platform, the number of Democrats saying the United States is doing too little to better the world has more than doubled, from 22 percent to 48 percent.

Of course it is risky to read too much into public-opinion soundings. Still, Americans — whether recoiling from the Obama-era philosophy of “leading from behind” or from Trump’s nationalist isolationism — do seem once again to be rediscovering the hard truth that, in world affairs, the United States is irreplaceable. As long as the United States remains the world’s most powerful democracy, it cannot safely shirk the job of global policeman — deterring aggression, upholding the rule of law, defending human rights. When it tries to do so, the planet’s worst actors are emboldened.

A decade after Bush left office, a majority of Americans approve the job he did as president. But Bush’s views haven’t changed. In a speech last week, he reiterated the case for US leadership.

“America is indispensable for the world,” said the former president. “The dangers of isolation loom.” He quoted Churchill, who emphasized that, as the foremost nation on earth, America could not avoid being “convulsed” by the world’s problems: “The price of greatness is responsibility.”

Americans cannot right every wrong, and we don’t always act with prudence. Yet the world needs a policeman, and there is no realistic alternative. Retreating into isolation may sound appealing; the results are invariably awful. Americans sometimes forget that lesson, until reality re-teaches it the hard way.