Greenland lost a record amount of ice during an extra warm 2019, with the melt massive enough to cover California in more than 4 feet of water, a new study said.

Two NASA astronauts returned to Earth on Sunday in a dramatic, retro-style splashdown, their capsule parachuting into the Gulf of Mexico to close out an unprecedented test flight by Elon Musk’s SpaceX company.

A newly discovered comet is streaking past Earth, providing a stunning nighttime show after buzzing the sun and expanding its tail.

But the report doubles down on the administration’s stance that individual states, not the federal government, should bear primary responsibility for carrying out diagnostic tests to help curb the pandemic.

Tracking common symptoms, like loss of taste and smell.

For 40 years, computer scientists looked for a solution that doesn’t exist 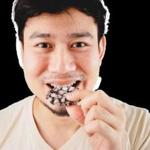 The ‘Crunch Effect’ on eating

A study suggests that tuning into the sound of your own chewing can help you eat mindfully--and therefore less.

Where have the Bruins we saw all season gone?

Who really thought the Celtics were going to have it easy?

Alex Cora must find a way to motivate Red Sox

Celtics’ message: Don’t sleep on us

Resiliency is again needed in wake of Bruins’ defeat

This is what we’ve been waiting for

A live stream of Instagram posts from The Boston Globe photo department.