Anyone born in the United States is a US citizen. That simple idea, called “birthright citizenship,” has been the rule for well over 100 years, grounded in the clear language of the 14th Amendment.

President Trump suggested this week that in an interview with Axios he may revoke this longstanding guarantee via executive order, prompting what would surely be a protracted legal fight over the status of immigrant children in America.

Many scholars think that eliminating birthright citizenship would require an act of Congress or constitutional amendment — something more than an executive order. And it’s possible Trump’s statement is little more than a political stunt to rile up his anti-immigration base before the midterms.

But if Trump does push ahead, it may be Brett Kavanaugh and the secure conservative majority on the Supreme Court that decides whether his order can stand.

Where does birthright citizenship come from?

The idea that you belong — in some sense — to the place where you’re born has a long legal history. But in the United States, birthright citizenship has a much more specific origin. 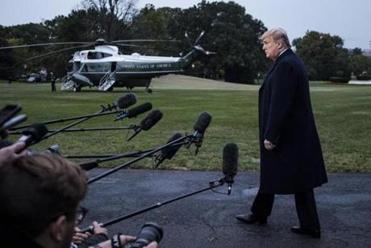 Trump says he can change citizenship rules by executive order

Revoking birthright citizenship would spark a court fight over whether the president has the unilateral ability to change an amendment to the Constitution.

It was part of the effort to ensure equality for former slaves after the end of the Civil War. The 14th Amendment to the Constitution, adopted in 1868, stated explicitly: “All persons born or naturalized in the United States, and subject to the jurisdiction thereof, are citizens of the United States and of the State wherein they reside.”

A few decades later, the Supreme Court endorsed a plain reading of that language, saying that a child born in the United States to legal Chinese immigrants was in fact a US citizen.

And ever since, birthright citizenship has been the established law of the land.

Is birthright citizenship unique to the United States?

Trump has erroneously claimed that “we’re the only country in the world where a person comes in and has a baby, and the baby is essentially a citizen.” In fact, most countries across the Americas have birthright citizenship, including Mexico, Canada, Brazil, and dozens of others.

So what’s the legal argument against birthright citizenship?

One thing that middle phrase means is that birthright citizenship doesn’t apply to diplomats and invading armies. If you’re another country’s ambassador to the UN living in New York, then your US-born child is not considered a US citizen. That follows simply from the fact that you have diplomatic immunity and are therefore not subject to the jurisdiction of the United States.

But there’s a question about how far this can be stretched. Some members of Congress have pushed bills declaring that the children of unauthorized immigrants are not eligible for birthright citizenship because their parents are here illegally — which puts them somehow outside the official jurisdiction of the United States.

Whether such a law could pass constitutional muster is not clear. This particular question has never been addressed by the Supreme Court, which could mean an explosive legal fight.

Then again, there are lots of things that haven’t been adjudicated by the courts and that are still considered settled law. For the Supreme Court to accept this theory, it would have to undo more than a century of established jurisprudence around citizenship.

Isn’t this more about politics than legal interpretation?

It’s no accident that this issue seems to come up in thick of election season. It was a live concern during the Republican primary season of 2015-16, and now it seems to have returned right before the 2018 midterms.

Cracking down on immigration — legal and illegal — has been a focus of Trump’s presidency, whether that means angling for a wall, limiting refugees, ending DACA, or making it harder for legal immigrants to gain residency if they’ve used government programs.

Emphasizing the threats of immigration just before midterms could serve as a last-minute reminder of Trump’s commitment, and part of a plan to bring immigration-averse voters to the polls.

Hyperbole is a familiar feature of campaigns and presidential debates. And it may be that talk of eliminating birthright citizenship is just that — talk, rather than a genuine policy prescription.

If Trump does push ahead with this executive order, he’s in for a difficult fight against an organized opposition and a long history of legal precedent.

Still, difficult doesn’t mean impossible. The union of political passion and novel legal interpretation has proved to be a powerful force in modern America, enabling both Trump’s travel ban and a successful challenge to parts of the Affordable Care Act.

Over time — and with the right mix of Supreme Court justices — alternative legal theories can move into the mainstream.

Evan Horowitz digs through data to find information that illuminates the policy issues facing Massachusetts and the U.S. He can be reached at evan.horowitz@globe.com. Follow him on Twitter @GlobeHorowitz.
Loading comments...
Most Popular in news
Real journalists. Real journalism. Subscribe to The Boston Globe today.