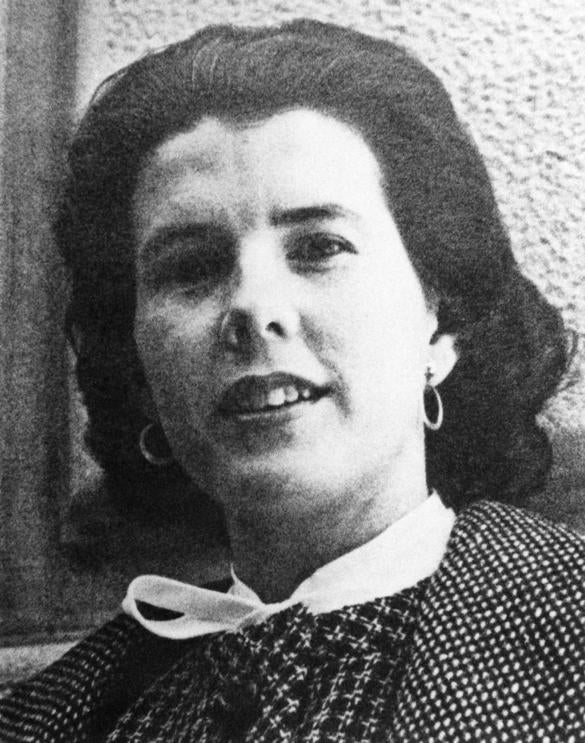 Shirley Ann Grau, a Louisiana writer whose atmospheric, richly detailed works explored issues of race, gender, and power, notably in the Pulitzer Prize-winning novel ‘‘The Keepers of the House,’’ died Aug. 3 at a senior-living center in Kenner, a New Orleans suburb. She was 91.

Overlooked for her role in a galvanizing civil rights protest, Mimi Jones dies at 73

Mimi Jones was among those viciously attacked in a 1964 Florida protest that had a catalyzing impact on the Civil Rights Act of 1964.

Brad Watson, whose writing turned an unflinching gaze toward life, dies at 64

Brad Watson also taught in Mississippi, Alabama, at Harvard, and in Wyoming.

J. Peter Spang III devoted his entire professional life to Deerfield, moving to the small town in his early 20s and carefully tending to its history.

Justin Townes Earle, an accomplished alt-country singer and songwriter who was a son of country-rock firebrand Steve Earle, has died at age 38.

Mercedes Barcha, the widow, muse and gatekeeper of Nobel laureate Gabriel García Márquez, who played a crucial role in the publication of his breakthrough novel, “One Hundred Years of Solitude,” died Aug. 15 at her home in Mexico City.

Gibson and Ms. Buxton were an early example of interracial harmony in sports, creating a dominant team to win the women’s doubles titles at the French and Wimbledon tennis championships in 1956.

Fern Cunningham-Terry, sculptor who put Black history in the public square, dies at 71

"Step on Board," Fern Cunningham-Terry's sculpture in Boston's South End of Harriet Tubman, was the first on city-owned property honoring a Black woman.

Mr. Nunberg, a linguist whose elegant essays and books explained to a general audience how English has adapted to changes in politics, popular culture and technology, died Aug. 11 at his home in San Francisco.

Nina Popova, dancer who fled Bolsheviks and Nazis, dies at 97

Nina Popova was a celebrated ballet dancer who escaped the Bolsheviks in Russia and the Nazis in Paris. It was the coronavirus that ultimately caught up to her.

Deidre Davis Butler, who fought for disability rights, dies at 64

Ms. Davis Butler was an important figure during the development of the Americans with Disabilities Act of 1990, which she helped draft, and in the years immediately after its passage, when attention turned to carrying out its guarantees.

Christine Jahnke, speech coach for women in politics, dies at 57

Christine Jahnke, a communications coach who prepared Democratic women to run for office and helped others, including Michelle Obama early in her White House years, become comfortable with public speaking, died on Aug. 4, her birthday, at her home in Washington. She was 57.

Steve Grossman, a saxophonist who caught the jazz world’s attention at 18 when he was recruited by Miles Davis, died on Aug. 13 in Glen Cove, New York. He was 69.

Mr. Cave, who as the managing editor of Time magazine for eight years oversaw a revamping of its stodgy look, introduced new sections, expanded its lifestyle coverage and promoted long-form single-subject issues like “Children of War,” died on Monday at his home in Boothbay, Maine. He was 91.

Ann Syrdal, who helped give computers a female voice, dies at 74

Ann Syrdal, a psychologist and computer science researcher who helped develop synthetic voices that sounded like women, laying the groundwork for such modern digital assistants as Apple’s Siri and Amazon’s Alexa, died on July 24 at her home in San Jose, California. She was 74.

It was an inmate at the Iowa State Penitentiary who first suggested to Norman Carlson that he get a job at the federal Bureau of Prisons. It was more progressive than the state system, the inmate said, and might be a better fit.

Marvin Creamer, a mariner who sailed like the ancients, 104

Had Marvin Creamer not been a geographer, he very likely would not have lived to be 104.

Mr. Cross was known to another audience decades later for his role in a reboot of “Star Trek.”

Mr. Gorton was a patrician and cerebral politician from Washington state who served as a U.S. Senate Republican leader before he was ousted by the growing Seattle-area liberal electorate in 2000.

Dan H. Fenn was a staff assistant to President John F. Kennedy before becoming the first director of the JFK's presidential library.

Mr. Goldenberg was an Emmy-winning composer who worked with Barbra Streisand and Elvis Presley and scored Steven Spielberg’s early work.

Cesare Romiti, an industrialist and champion of Italian capitalism who steered automaker Fiat through years of strikes and domestic terrorism in the 1970s and 1980s, died in Rome on Tuesday, Italian state TV said. He was 97.

American released from Lebanon after being jailed for months dies

Amer Fakhoury, an American who was jailed for months in Lebanon and later released over decades-old murder and torture charges that he denied died Monday, his family said. He was 57.

Floyd Welch, who was credited with saving the lives of fellow sailors during the battle of Pearl Harbor, has died in Connecticut. He was 99.

Bill Yeoman, who coached Houston for 25 seasons, at 92

Mr. Yeoman, the longtime Houston football coach who led the Cougars to four Southwest Conference titles and a school-record 160 victories, has died. He was 92.

Dr. Wetli, the Long Island medical examiner who was thrust into the national spotlight when Trans World Airlines Flight 800 exploded in 1996 and killed all 230 people on board, died July 28 at a hospital in Manhattan.

Mr. Thompson, whose prosecutions of public officials — including a predecessor — helped catapult him to become the state’s longest-serving chief executive, was 84.

Mr. Bream pushed the guitar beyond its Spanish roots and expanded its range by commissioning dozens of works from major composers.

Walter C. Carrington served as US ambassador to Senegal and Nigeria, and in the late-1950s helped lead an investigation into racism in the Boston Red Sox organization.

Kurt Luedtke, screenwriter who won Oscar for ‘Out of Africa,’ dies at 80

Mr. Luedtke relinquished a top perch in journalism for a pipe dream of screenwriting, only to earn an Oscar nod for his first script.

Luchita Hurtado, artist who became a sensation in her 90s, dies at 99

Luchita Hurtado, an artist whose paintings and drawings emphasized the interconnectedness of all living things with a visionary intensity that was almost shamanic, but whose work was recognized by the art world only late in her life, died Thursday night at her home in Santa Monica, California. She was 99.

Mr. Kirsch was a 27-year-old computer scientist and, not incidentally, a new father when he did one day in early 1957 what many parents do, and brought a photograph of his baby to the office.

Carol Brock, food writer who pushed at a ‘pyrex ceiling,’ dies at 96

Robert Ryland, the first Black professional tennis player and for many years a well-regarded coach of younger players and celebrities, died on Aug. 2 at his stepson’s home in Provincetown, Massachusetts.

Carroll Hardy, whose pinch-hit appearance was part of Red Sox history, dies at 87

As the only Major League player to ever pinch hit for Ted Williams, Carroll Hardy became the answer to an enduring trivia question.

Mr. Lopez, had worldwide hit records in the early 1960s by creating a unique mix of American folk, Latin, and rockabilly music.

Mr. Mack, working as a DJ on the overnight shift on country radio, was anointed by long haul truckers as “the midnight cowboy.”

Wayne Fontana, hitmaker with ‘The Game of Love,’ 74

Mr. Fontana, a British invasion-era singer best known for his 1965 hit song “Game of Love,” died Thursday at a hospital in Stockport, England. He was 74.

The Boston native took a chain of 55 drive-in movie theaters built by his father and parlayed it into control of one of the world’s largest media empires.

Friends of Bank of America executive James E. Mahoney, who died Saturday, may attend his funeral Mass via livestream.

Dr. Rose’s experiments in the 1950s helped launch the study of autoimmune diseases and his decades of research and teaching led colleagues to call him the ‘‘father of autoimmunity,’’

Mitchell Adams "one of the most passionate and caring people I know," said former Governor William Weld, a longtime friend.

Brent Carver, a sensitive, soft-spoken yet nakedly emotional Canadian actor and singer who won a Tony Award for his starring role in the 1993 musical “Kiss of the Spider Woman,” died Tuesday at his home in Cranbrook, British Columbia. He was 68.

Rabbi Adin Steinsaltz, a towering scholar of the bedrock Jewish texts who spent 4 1/2 decades writing a 45-volume translation of and commentary on the Babylonian Talmud and made it accessible to hundreds of thousands of readers, died Friday in Jerusalem. He was 83.

James E. Mahoney, a bank executive who ’made the world a better place,’ dies at 67

Bank of America executive Jim Mahoney 'did his best work in crunch times,' a colleague said, and quietly worked to help those society had forgotten.