I  TURN OFF OF INTERSTATE 15, point my rented Corolla east on Rancho California Road, and accelerate with low expectations past a stucco shopping center and a gated community named Chardonnay Hills. Temecula, California, on first glance, is a parched place with not much to look at but Southern California B-roll.

Then, off in the distance, I see grapevines. Soon cars fall away and canopies of foliage crowd the hillsides, green over brown earth and snaking irrigation lines, accents of cypress trees and chaparral, the San Jacinto Mountains holding up azure sky. I pull onto a back road, leave tread marks by a white rail fence, and look around. A true oenophile would bristle at the comparison, but I speak from experience: This place feels like a chunk of Northern California wine country got lost halfway between San Diego and Los Angeles.

There’s a good chance that even if you know about Sonoma and Paso Robles and California’s other iconic wine-producing regions, you haven’t heard of Temecula. Of some 3,900 wineries in the state, fewer than 50 lie within the 33,000-acre Temecula Valley American Viticultural Area, and just 1,300 of these acres are devoted to vineyards. Temecula hasn’t always had the best reputation with wine aficionados from up north scoffing at the amateurs making jug wine for Angelenos traveling via party bus. But after a decades-long ascent, it’s on the cusp of bigger things. With a legion of new wineries and winemakers, the region is earning recognition for sophisticated wines, bottling Spanish and Mediterranean varietals suited to Temecula’s hot days, cool nights, and afternoon breezes rolling in 22 miles from the Pacific Ocean. In head-to-head contests, Temecula winemakers regularly beat their counterparts from up north. Earlier this year, Wine Enthusiast magazine named Temecula one of the 10 best wine travel destinations in the world.

Just before a roundabout, I hit the brakes; all of Temecula stretches before me. It’s time to go and uncork some bottles.

I ARRIVE IN TEMECULA as something less than an oenophile: I first discovered its winemaking pedigree a few Wikipedia pages deep into writing about a prominent cage fighter who lives there. I could count my wine tasting excursions on one hand, I seldom spend more than $25 a bottle, and my viticultural vocabulary is as undeveloped as my palate. But I’m not a total cave man, either: I’ve tasted cabernet in Napa, know how differences in tannins feel in your cheeks, and won’t drink day-old Barefoot chardonnay. 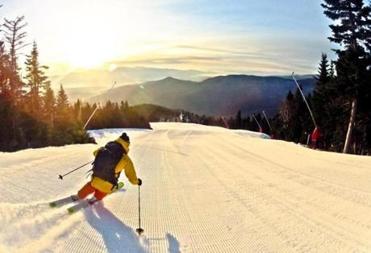 Since I happen to be leaving my college buddy’s wedding in the San Bernardino Mountains with a White Claw hangover, I’m heading south for swish-and-spit immersion, not boozy hedonism. I’m also traveling solo while my wife — a saint — stays home to work and watch our two young children, only asking for a few vintages in return. We have fond memories of Southern California vacations, so if its main wine region promises good bottles, it’s worth spending two and a half days broadening my definition of wine country.

My home base is a posh bungalow on Carter Estate Winery and Resort (carterestatewinery.com, 888-364-5709), set back on 112 acres off Rancho California Road. There’s less expensive lodging closer to the highway, but the benefits of splurging become apparent once I step onto the patio looking southwest over nothing but vines and a dirt road, empty except for a horse-drawn carriage. The first night, I forget to run the electric fireplace and make a chilly introduction to the local climate: The warm daytime temperatures dipped into the 50s. (During winter, 70-degree daytime highs give way to overnight temperatures in the 40s.)

Outfits like Grapeline Wine Tours (gogrape.com/temecula, 951-693-5755) offer chauffeured trips around town, but since I don’t need a designated driver — I spit out most everything I imbibe — I gather recommendations from the Temecula Valley Winegrowers Association and follow a zig-zaggy itinerary largely east of I-15, where wineries dot Rancho California and De Portola roads and an average tasting costs $15 to $20.

My first stop is the Baily Winery (bailywinery.com, 951-972-9768) estate tasting room on Pauba Road — with the outpost for Baily’s hulking winery-and-restaurant counterpart 4 miles away — where owner and winemaker Phil Baily offers six vintages of meritage. As I flail in describing the nuances between each glass (“blooming flowers?”), the 79-year-old Baily offers a glimpse of Temecula history, from the Spanish missionaries who planted Temecula’s first grapes in the 1820s; to the pioneering efforts of Callaway Vineyard & Winery (callawaywinery.com, 951-676-4001), one of Temecula’s oldest wineries; to Baily’s own arrival in the early 1980s in what was then a sleepy, one-stop-sign town that made good, if inconsistent, wine. Back then, the former actuary says, “We were just home winemakers with better equipment.”

A bacterial infection spread by a bug called the glassy-winged sharpshooter withered vines around the valley through the 1990s and marked a turning point. Old-timers had learned through trial and error and extension classes at the University of California, Davis, but an incoming generation brought a refined sense of winemaking, planting rows of tempranillo, syrah, sangiovese, montepulciano — varietals that thrived in Temecula’s granitic soil, 1,500-foot elevation, and Mediterranean climate. As the city grew from around 54,000 residents in 2000 to roughly 115,000 today, the number of wineries grew from about 15 to more than 40.

Touring today’s Temecula is as much about the surroundings as the olfactory senses. Akash Winery (akashwinery.com, 951-888-1393), which opened last summer, has a stunning panorama — the contemporary tasting room is sited in the middle of a 20-acre vineyard — and crisp sauvignon blanc and rosé. At Fazeli Cellars (fazelicellars.com, 951-303-3366) on De Portola Road, I walk right up staircases wrapping around Game of Thrones-ish doors, make my way to a black walnut bar accented with turquoise, and sip Persian-inspired vintages like the 2015 Saadi, a blend of petite sirah and shiraz with a pleasing, fruity nose that’s toasty around the edges. (I can’t top the server’s analogy: It smells like Raisin Bran.) At Doffo Winery (doffowines.com, 866-469-8466), I find walls mounted with antique motorcycles and balanced, complex vintages of cabernet franc and syrah. At Carter Estate Winery — South Coast Winery’s sister seconds from my bungalow — I chat with master winemaker Jon McPherson while sipping and spitting blanc de blanc and blanc de noir, the window behind him framing the muscat vines.

It’s not unusual to find vineyard owners and winemakers milling around on quiet days. Not long after climbing the hillside toward the Mission villa and passing through an imposing redwood door, I meet the namesake of Robert Renzoni Vineyards (robertrenzonivineyards.com, 951-302-8466), a wiry former musician who migrated from Buffalo to LA and, channeling forebears who made wine in 19th-century Italy, purchased the vineyard in 2006. He introduces me to Olivia Bue, the vineyard’s winemaker. Over pours of buttery 2018 pinot grigio and the 2014 fiore di fano, a velvety blend of estate cabernet sauvignon, Brunello di Sangiovese, merlot, and cabernet franc, Renzoni offers wine-tasting tips — a wine’s true essence comes on the third sip — and plays down the valley’s party bus reputation. (A chalkboard sign outside limits walk-in parties to eight, one of several similar notices posted outside Temecula wineries.) I mention how much I’m reminded of Northern California. “Temecula,” Renzoni says, “is what Napa was 30 years ago.”

An afternoon breeze blows through as I visit Old Town, an unthreatening tourist strip about 15 minutes from wine country that feels a little like Hyannis’ Main Street with Mission and Old West architecture. I came here the previous night for The Nightingale (thenightingaletemecula.com, 951-506-9929) — a chic eatery with brassy decor and a Pinterest-worthy glass-enclosed wine cellar — eating striped bass, fingerling potatoes, and baseball-sized hunks of amazing sourdough. In the light of day, as I walk past antiques shops, an olive oil tasting room, a spice shop, and a few craft breweries, I’m a little disappointed: after too many broken high heels, the city is in the midst of ripping out the iconic boardwalks.

I grab a table at Devilicious Eatery & Tap Room (deviliciouseatery.com, 951-506-4024), a low-key food truck turned brick-and-mortar burger and beer joint for an asparagus grilled cheese on sourdough, a hazy IPA, and a 49ers game on the flat screen. The next morning, breakfast is on the other side of Old Town at E.A.T. Marketplace (eatmarketplace.com, 951-694-3663), a casual farm-to-table-ish eatery with exposed ductwork, Nutella doughnuts, and a clientele who all appear to be under 30. After a nutty latte and plant-based rancheros — roasted yams, wheat chorizo, Swiss chard, cuban beans, and avocado on tortillas — I’m burning clean. While my short stay precludes visiting the Pechanga Resort Casino (pechanga.com, 877-711-2946) — literally everyone I’ve asked about things to do in Temecula mentions the casino’s giant gambling floor — I briefly consider a hike in the hills before a patron mentions rattlesnakes. Drinking more wine sounds safer.

When I pull up the long driveway at Hart Winery (vinhart.com, 951-676-6300), I poke around and find workers de-stemming 4 tons of vermentino picked the previous night. My trip overlaps with the end of Temecula’s harvest season, where forklifts and flatbed pickups cart around refrigerator-sized bins. Across Temecula, after last winter’s heavy rains and a comparatively mild summer, there are high hopes for the 2019 vintage; Jim Hart, the winemaker, says it could be the best in a decade.

Opened in 1980, Hart is the oldest Temecula winery under original ownership. In a plain, simple tasting room looking through a window onto barrels stacked high, I swish and spit sangiovese, grenache, tempranillo, and estate syrah. But the 2018 sauvignon blanc leaves the greatest impression — all grapefruit, lime, and celery stalks.

I dart back to my bungalow to store my bottle of sauvignon blanc and it dawns on me: None of the usual criticisms others have lobbed at Temecula have materialized. The wine, to my admittedly raw sensibilities, has been uniformly wonderful. No doubt the weekends get claustrophobic — there are something like 20 million people within two hours of here — but there are no crowds on ordinary Mondays and Tuesdays. While trying a smoky cabernet sauvignon at Wiens Family Cellars (wienscellars.com, 951-694-9892), I count 25 people tasting indoors under a pergola, the most I see on the entire trip. Instead of avoiding crowds, I’m left wondering where everyone is.

And on De Portola Road, I have a revelation. I walk the sprawling property at Leoness Cellars (leonesscellars.com, 951-302-7601) and take a seat in the attached al fresco restaurant serving a California-French fusion menu. Waiting for truffle fries and Alaskan salmon sprinkled with crushed wasabi — and growing self-conscious about wearing a T-shirt amidst a clientele in maxi dresses and golf wear — I tell the server about my affection for pinot noir and he recommends a glass of cinsaut, a Rhone varietal I’d never heard of before. I’m in love from the first sip: cherries and raspberries on the front end, low acid and restrained tannins on the back, bright and easy to drink. I pay $28 and, later, pack 750 milliliters of the 2016 cinsaut in my suitcase.

On my flight back to New England, wedged in basic economy next to a San Diego mom off to visit her daughter in Amherst, our small talk leads to my Southern California wine country sojourn. She smirks — probably recalling keeled-over bridesmaids — then mentions an acquaintance in Temecula told her the wine has improved a lot lately. I don’t have the expertise to confirm that, I say, but I have a good taste in my mouth.

Jeff Harder is a freelance writer based in Connecticut. Send comments to magazine@globe.com.
Loading comments...
Most Popular in magazine
Real journalists. Real journalism. Subscribe to The Boston Globe today.