IT’S EASY TO GET gun-shy these days about booking a New England ski vacation. I not so fondly recall a recent winter when my family and I spent Christmas week in Maine braving temperatures that bottomed out at about minus 25; two months later, over February school break, we waded our way through an unseasonably spring-like, slushy five days in central Vermont. After that, I swore I would never again plan ski trips more than a few weeks in advance. The weather has just become too unpredictable, more often than not in the extreme. Spend any time talking to ski resort operators and they’ll tell you: Climate change is real.

I’m hardly alone in my hesitation. In recent years, ski resort operators across the country have been forced to contend with industry-wide decline, largely related to often inconsistent conditions. Low-snow years cost the industry more than $1 billion between 2001 and 2016, according to a study commissioned by the nonprofit group Protect Our Winters. Making snow requires specialized equipment, and the electricity to run it, which is why one report predicted that only about half of Northeast ski resorts will be economically viable by 2039. So here in New England, resorts are working hard to not only attract new skiers but also to retain the ones they’ve got. It’s no longer enough to offer great skiing and riding. These days, what happens before and aprés ski is just as important.

There’s not a ski resort around that’s not talking about “weatherproofing,” which comes in the form of more powerful, more responsive snow making and more off-mountain fun. At Vermont’s Jay Peak (jaypeakresort.com, 802-988-2611), operators started noticing shifting weather patterns about a decade ago and realized they’d better do something to make it easier for families to commit to a big-investment stay in advance. “For a family booking a four-kid, six-night ski vacation, there’s a certain amount of risk in New England,” says resort spokesperson J.J. Toland. “We wanted to minimize that risk.” Since the resort introduced its Pump House indoor water park in 2011 — “the year winter didn’t arrive until a week before Martin Luther King Day and ended around March 10,” Toland says — it has significantly increased advance bookings, often selling out the more popular weeks months ahead of time. He says the water park has even started to attract many non-skiers, who might decide to give the sport a try thanks to vacation packages that often include a free or discounted lesson.

Some resorts are putting their money where their mouth is by emphasizing better food and night life. Recent restaurant additions at Sugarloaf (sugarloaf.com, 800-843-5623) in Maine include Hunker Down, a classic gastropub serving elevated comfort food (hdsugarloaf.com, 207-235-6095), opened by Portland restaurateurs Jason Loring and Michael Fraser; The Eighty 8 Donut Café, which sells artisanal doughnuts (sugarloaf.com/dining, 207-747-8823); and, last year, wine bar Alice & Lulus (aliceandlulus.com, 207-235-6111). This year, the base lodge watering hole, Widowmaker (sugarloaf.com/dining, 207-237-6845), got a total overhaul, including a new outdoor deck with views of the peak and a bigger stage for live music.

In Vermont, Sugarbush Resort (sugarbush.com, 802-583-6300) has become known as much for its culinary scene as its low-key vibe and northerly winds. There’s locavore-leaning Rumble’s Kitchen (sugarbush.com/dining, 802-583-6800), which this year welcomes new chef Vanessa Davis; legendary aprés hot spot Wünderbar (sugarbush.com/dining); authentic Thai food from Fit to be Thai’d (fit2bethaied.com, 802-496-3008); and partnerships with area favorites like The Skinny Pancake (skinnypancake.com), which serves up sweet and savory crepes out of The Farmhouse at Lincoln Peak. 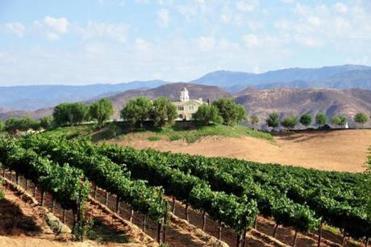 Still other mountains have taken the idea of weatherproofing literally and invested big time to improve snow making. At Sunday River (sundayriver.com, 800-543-2754) in Maine, the resort installed 2 miles of water pipes last year in an ongoing project to double its snow-making capacity. This year, snow-making efforts are also getting a boost at New Hampshire mountains including Loon, which installed 50 new snow-making hydrants; Gunstock Mountain Resort (gunstock.com, 603-293-4341), which made $1 million in upgrades throughout the property; and Waterville Valley Resort (waterville.com, 800-468-2553), where a new, resort-wide filtration system will help the 500 high-efficiency snow guns installed last season to deliver better-quality powder.

Over the past few years, Vermont’s Mount Snow (mountsnow.com, 800-245-7669) has made more than $30 million worth of upgrades, doubling the power and size of its snow-making capabilities to ensure even the mildest days are satisfying ones. “Every year, snow making is more and more important, especially here in Southern Vermont,” says Jamie Storrs, a spokesperson for Mount Snow. “Thanks to our improvements, we’ve had instances where it’s rained on Thursday, freezing Thursday night, a sheet of ice on Friday  .  .  .  [but] by the time people show up Saturday, it’s like it never happened.”

The new, three-level slope-side Freestyle Lounge at Waterville Valley opens this winter in homage to the mountain’s competitive heritage with a locally driven food and drink menu that includes brews from Londonderry’s 603 Brewery (an optional $55 Mug Club gives regulars 20 ounces of beer for $4). The décor features freestyle skiing memorabilia and funky furnishings, such as high-top tables made from repurposed cable spools.

This month, nearby Bethel welcomes River Lanes (riverlanesbethel.com, 207-705-9500), a highly anticipated new hangout featuring a 10-lane bowling alley, darts, billiards, cornhole, and an arcade. On the mountain, the Shipyard Brew Haus at White Cap Lodge and the Mountain Room in the mid-mountain Peak Lodge each got an overhaul, promising a boost to the aprés scene.

This year, Stowe’s Lodge at Spruce Peak (sprucepeak.com, 888-478-6938) launches a winter version of its popular Farm Table Friday summer dinner series, a multi-course, guest chef-created dinner with beer or wine pairings that use ingredients from local farms. Play your cards right and you may be able to grab a nightcap afterward at the Lodge’s invitation-only speak-easy, the velvet-and-natural wood Linehouse (your only way in is through an invite from a Spruce Peak resident or staffer), where bartenders work off your preferences to mix cocktails served in glassware sourced from local antiques stores.

MUSIC ON THE MOUNTAINS

This year, the Jay Peak Music Series (jaypeakresort.com/summer/music-series), which runs throughout the ski season, includes a ’90s-themed New Year’s Eve celebration, a rock ’n’ roll show for kids, and performances by Van Morrison and Allman Brothers tribute bands. Last year, Stratton (stratton.com, 800-787-2886) debuted the WinterWonderGrass bluegrass festival (winterwondergrass.com), a three-day weekend of live music, food trucks, and local beer; this year, headliners for the April event include The Infamous Stringdusters and Molly Tuttle. Sugarloaf will host Fire on the Mountain, a Grateful Dead tribute weekend, in February and, in April, welcome the return of its popular, if notoriously slushy, Reggae Fest, while Sunday River closes out the season with the Great Tailgate, a parking lot celebration of live music, local beer, and — perhaps best of all, depending on how you look at it — the impending return of spring.

The 64-room inn (williamsinn.com, 413-458-9371) in the northern Berkshires, which opened this summer, is just 20 minutes from family favorite Jiminy Peak Mountain Resort (jiminypeak.com, 413-738-5500), the largest ski and snowboard resort in Massachusetts. Cambridge-based architecture and design firm CambridgeSeven designed the inn to be reminiscent of a classic American farmhouse using locally sourced antiques and furniture from area artisans, while an in-house restaurant called The Barn fits in with a farm-to-table ethos, craft bar, and cozy atmosphere. Rates start at $169 per night.

Following a multimillion-dollar renovation, Stowe’s recently rebranded ski-in/ski-out Lodge at Spruce Peak offers classic ski town luxury, with oversized leather chairs and fireplaces, custom-made furniture crafted from Vermont elm and walnut, and penthouse options that come with their own concierge and breathtaking views of Mount Mansfield. But it’s what happens after the lifts stop running that makes The Lodge special. Start with live music and craft beer and wine at the WhistlePig Pavilion, where chefs serve cheese raclettes right from the open bonfire. Meanwhile, a spa offers post-ski healing in the form of cryotherapy to soothe muscles, outdoor hot tubs, and a menu of just-for-fun services designed especially for kids, including “mini-me” manicures and “chillax sessions,” designed to help kids combat stress (if you can get them to ditch their phones for that long). Rates start at $215 per night.

The 68-room hotel (theglenhouse.com, 603-466-3420) at the base of Mount Washington — and a short drive from Wildcat Mountain (skiwildcat.com, 603-466-3326) — is entirely modern, but pays respect to the past. It features touches like lumber salvaged from an old barn on the property and vintage photography of the road to Mount Washington. Outdoorsy non-skiers can traverse groomed trails via cross country ski, snowshoe, or fat bike, then warm up with the hotel’s private label vodka at in-house restaurant The Notch Grille. A ride on the Mount Washington SnowCoach, which takes passengers two-thirds of the way to the snowy summit in comfort. Rates start at $80 per night.

LEARN TO SKI THE EASY WAY

As part of a push to get skiers and riders started earlier and visiting longer, as well as to entice older first-timers, many mountains across New England have adopted terrain-based learning. The idea is to make learning to ski or snowboard easier by using shaped snow features to help control speeds and body positioning. “The method basically takes the fear out of the learning process and makes it more fun and more efficient,” says Matt Erickson, the SnowSports School director at Sunday River, which this year installed three new lifts in its terrain-based learning area.

In Vermont, Stratton Mountain Resort has added a 1-acre terrain-based teaching area and its own Burton Riglet Park, a snow playground of sorts for snowboarders ages 3 to 6. Bretton Woods (brettonwoods.com, 603-278-3320) and Cranmore Mountain Resort (cranmore.com, 603-356-5543) in New Hampshire have also introduced terrain-based learning for kids and adults. Bretton Woods makes it especially family- and wallet-friendly with an interchangeable family ticket that allows parents to take turns with their new skier or snowboarder while the other relaxes in the lodge.

After the mountain brought in terrain-based learning, Jay Peak saw a 28 percent rise in afternoon lessons — typically the quietest time of day. Last year, the resort also tested two new programs it will implement in full this season. Vennedag —  Norwegian for “friends day” — lets families or groups learn together, regardless of skill level. Its guided discovery program, meanwhile, stations ski and snowboard instructors at the beginner-level moving carpet area to offer free lunch-hour instructions. If guests return their rental gear by 1 p.m., there’s no charge to rent, and if they decide to continue through the day, they can get a discount on a lesson or lift ticket.