Our electrician was working in the attic when my wife heard the unmistakable gush of a waterfall coming from the linen closet. She opened the door to find hot water cascading onto the sheets and towels — the result of a burst brass pipe, jostled just enough to be ruptured by the electrician drilling into a joist 15 feet away.

We’d hired him to rewire our 1920 house, which, in addition to charming details like a built-in hutch and butler’s pantry, also had a lot of original knob-and-tube wiring. And old brass water pipes, which grow brittle as they age. Now we’d be hiring a plumber, too.

There are things you ought to know before buying an old house — among them, the names of a few reliable tradespeople. But the crooked charms, cranky quirks, and enduring craftsmanship of an antique abode tend to be worth the accompanying headaches for a lot of homeowners, especially in history-addled New England. “It’s a way of life,” says Jay Rizzo, co-owner of Tiger Home Inspections in Braintree. “Some people really enjoy it.”

Not that you always have a choice in the matter if you’re house hunting in and around Boston. The median Massachusetts home was 53 years old in 2015 — making ours the second-oldest housing stock in the nation — and urban housing tends to be even older. Four out of five homes in Boston were built before 1978 and half predate World War II; a whopping 68 percent of Somerville’s housing was already in place by 1939. So there’s a good chance you’ll end up in an old home whether you intended to or not. Here’s what experts say you should know before living in the past.

While the late ’70s may not feel like “historic” territory, realtor and Antique Homes Magazine founder John Petraglia says a home is like any other mechanical system, with an internal clock good for about 30 years. “So really you’re looking at the same things whether you’re buying a house from 1975 or 1775,” Petraglia says. All homebuyers, first-time or otherwise, need to get professional inspections of the mechanicals — the electrical system, the roof, the plumbing, heating. “They all have a useful life span,” he says. But older homes sometimes have components rarely used in modern construction, such as wooden gutters or steam radiators. 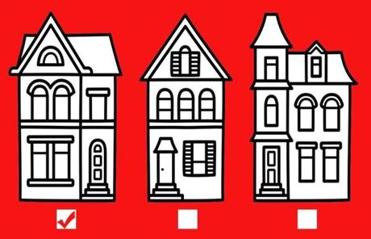 Before making an offer on an older home, check this checklist

Things to look for when looking at an older house, even before you make a bid and get a professional home inspection.

Those are two systems that, with regular maintenance, can be perfectly fine. Even a centuries-old home can be in better shape than a neglected newer one — and there’s one place to find out. “The basement is the make-or-break spot for old houses,” Petraglia says. “Because there’s so many mechanicals there to look at. You can see the structural frame to see if the beams are intact or if insects have attacked them and they’re ready to be renewed. Look at the heating, electric, and plumbing systems and the foundation itself.”

Old homes have had decades or even centuries for wood-boring insects to find their way in — and infestations weren’t uncommon in the days before kiln-dried lumber, Rizzo says. But even extensive termite damage doesn’t have to be a deal breaker. “Everything can be fixed, to a point, it just costs money,” Rizzo says, noting that any piece of timber that’s more than 25 percent damaged by insects generally ought to be replaced.

Nor should buyers panic about sloped floors or small cracks in the foundation or main beam, says home inspector Harold Popp, owner of Mt. Vernon Inspection Associates in Middleton. “Almost all of these old stone foundations have some cracks in them,” Popp says. “Should they be repaired, is it an emergency? Most of the time, it’s not,” he says. But a home inspector may suggest hiring a structural engineer just to be sure.

Most people are willing to live with slightly sloping floors, says realtor John Neale, the historian for the South End Historical Society. “If you’ve got a home that’s really, really out of level, you may not want to buy it unless you can spend the money to level the floors — which can be done,” Neale says. “If a staircase is really sagging visibly, that’s worth fixing,” he adds.

While there’s no reason to be afraid of old houses, you should brace yourself for the unknown. Old homes are full of surprises, which can lead to unexpected costs, Rizzo says. “Repairs that would be regular maintenance on a newer home are going to cost more because sometimes when you open things up, you open up a can of worms. It might be a lot bigger than just replacing a pipe.”

You might think you’ll just swap in a new vanity to update the bathroom, for example, but find things aren’t so simple. If some of the piping is brass, as in my house, “that could break any time  .  .  .  so it might require all new plumbing,” says Popp.

Older piping isn’t necessarily a problem. “Cast iron and copper have been around for a very long time and have served homeowners very well,” says Susan Jacobs-Marshalsea of S Jacobs Plumbing in Norwood. “There are exceptions, but on average they shouldn’t be an issue” if they’re in good condition. She says, however, that galvanized, threaded pipe ought to be replaced, because it is known to rust, which can lead to blockages.

Even if an old home has been completely renovated with all-new PVC pipes and drains, it might still have a cast iron drain line to the street. “That may have been underground for 80 years, and that can really be a problem,” says Popp. For instance, if an older person has been living alone for years and a family of five moves in, the added strain can be the tipping point that collapses the drain, he says.

Meanwhile, insuring an older home can be its own challenge: Our car insurance company refused to write a policy on our home because of the knob-and-tube wiring. Jim Hyatt, senior vice president at Arbella Insurance in Quincy, suggests independent insurance agents. “They have a lot of experience, particularly in New England, with people buying older properties,” he says.

While it can cost more to insure an old house, Hyatt says bundling your car and homeowners policies can save you 20 to 25 percent on the latter. Updating old wiring, plumbing, and the roof usually will lead to lower premiums.

Old homes may not have much, if any, insulation, either, making them more expensive to heat and cool. Local and state incentives can make energy upgrades more affordable. Likewise, some incentives exist to address issues like lead paint (banned in 1978) and asbestos (widely used in residential construction until the late 1970s).

Neale says safety, energy, and major system upgrades are always a good idea, but he urges buyers to pause before overhauling a historic interior and stripping its timeless charms. “Those details are 100-, 150-plus years old, and they’ve survived this long. If you want to be the one to get rid of that detail for all time, think carefully before you do it,” he says. Buyers sometimes feel compelled to update everything about an old home after moving in, but the budget pressures of taking on so much at once can force them to make decisions they’ll later regret. Clean and modern is the current trend, Neale says, but he recommends looking at how European designers integrate minimalist style with Old World details like crown molding and wide window casings, because contemporary features have a shorter shelf life. “Once you remove original detail completely  .  .  .  the interior starts to age pretty quickly, meaning people can walk in and within a few years guess precisely what year you did that renovation.” Preserving a home’s unique features can help achieve a timeless look.

Neale also suggests using a preservation-minded contractor, because most remodelers find it easier and cheaper to just remove old details than to work around or restore them. “The average contractor won’t want to deal with those things, it’s just a nuisance for them,” he says. “But when you see the outside of a beautiful old house and you walk in and it’s like you’ve gone from the 19th century to the bridge of the Starship Enterprise, it’s very jarring.”

Some big improvements, like fixing masonry issues, may go unnoticed by prospective buyers, unfortunately. “It’s not like a new bath — it’s the nitty-gritty work that costs a lot to do properly,” Neale says. In other words, these are essential and expensive fixes, but they won’t wow buyers like a new kitchen would. “So if a house needs that kind of work,” Neale adds, “make sure you’re not overpaying for it, that you’ve priced that work into the offer you make on the property.”

All of this may sound daunting, but Rizzo says there’s been so much turnover in the Boston area that many problematic issues have already been addressed as homes have changed hands over the years. The key is whether they were done well: Popp says he often comes across substandard repairs performed by previous homeowners or unlicensed contractors.

Bill Delaney, a veteran inspector and supervisor with Tiger, recommends any home buyer make a trip to city hall. “Find the folder on the house and see what repairs have been done,” he says. “Have they pulled permits? Did they get sign-off? Who did the work? That’s a great resource for any buyer on any house, but especially on an older home.”

Why bother with all this trouble? For one thing, the materials and craftsmanship found in old homes are increasingly rare commodities. Original three-piece crown molding, ceiling medallions, and ornate mantels aren’t exactly a growth market. “There’s so many good qualities in an older home but it really shows in the finish: beautiful trim work, the staircase,” Delaney says. “Usually you’re running into true wood panels on the wall that someone hand hewed.”

Petraglia loves the hand-carved moldings and five fireplaces in his 1780 home, but also the historical context he gets to share. “I know the history of the family that built this house, and it just creates a continuum for me to know who and where and what and feel like I’m a part of it,” he says. “I look at historic houses as homes, not as museums. They’re places to live — and they’re the glue in the fabric of our architectural history.”

From knob-and-tube wiring and brittle brass pipes to sloping floors and uninsulated walls, we slowly remedied virtually every old home challenge mentioned in this story. It’s been costly, frustrating, and exhausting at times — but also extremely rewarding. What’s more, it was the house we could afford in the neighborhood we loved, and it kindly gave us shelter as we gradually addressed its many flaws — so that it might one day be defined not by its defects but by its details. And now? We wouldn’t trade it for a brand-new house if we could.