THE VISCERAL REACTION I had to the summary of President Trump’s phone call with Ukraine President Volodymyr Zelensky was that he should resign the presidency. So obvious and brazen was the abuse of presidential power; so evident was Trump’s concern only for his own political interests; and so lacking was any consideration of the national interest.

But there are few in politics who seem to share this view. Aside from former Texas congressman and presidential candidate Beto O’Rourke, it’s hard to find any elected official — Democrat or Republican — who has called on Trump to step down.

As the historian Rick Perlstein, author of “The Invisible Bridge: The Fall of Nixon and the Rise of Reagan,” pointed out to me, in the weeks and months after the Saturday Night Massacre in October 1973, prominent members of Congress from both parties called on President Nixon to resign, including Senator Walter Mondale, a Minnesota Democrat, and Senator Edward Brooke, a Massachusetts Republican. Time magazine made the same demand in its first-ever editorial.

After the release of the “smoking gun” tape that showed Nixon had participated in a criminal conspiracy to obstruct justice, Republican senators, led by Barry Goldwater, solemnly trekked to the White House to tell Nixon he must relinquish the presidency.

In 1998, when the Starr Report was released with its exhaustive tale of President Bill Clinton’s affair with Monica Lewinsky, 115 newspapers penned editorials calling on Clinton to resign. This week, just a couple of editorial boards have made a similar demand of Trump. 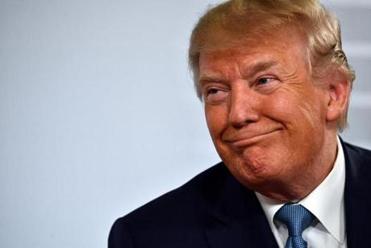 The hidden danger of impeachment

Democrats are worried about a political backlash. But there’s a deeper concern.

The summary of Trump’s phone conversation with Zelensky suggests a malfeasance that’s arguably worse than Nixon’s. Yet, not only have Republicans failed to call for resignation, few are even willing to acknowledge that what the president did was wrong. Democrats have been equally reluctant to use the “r” word.

Senator Kirsten Gillibrand infamously helped to push Al Franken out of the Senate by calling for him to resign. Not long after, she was among a group of Democrats who called on Trump to step down over a series of sexual assault allegations in what looked like an attempt to show consistency after the Franken imbroglio.

Earlier this year, when pictures emerged of Governor Ralph Northam of Virginia in blackface, Democrats fell over each other making similar calls. Same with the state’s lieutenant governor, Justin Fairfax, after allegations of sexual assault were made against him. Neither man resigned and considering that Franken’s decision to leave the Senate is now viewed by many Democrats as a mistake, perhaps the new normal is simply to weather the storm.

But with Trump, the lack of resignation calls almost certainly has more to do with the fact that everyone knows he’d never do it. Why bother making an ask that will just be cited by Republican as evidence of partisan intent and ignored?

Here’s one reason: A call for resignation is a statement of principle that Trump’s actions so clearly violate the public trust that his position in office has become untenable. It’s an acknowledgment that the president has lost his moral standing and must do the right thing and surrender power. Perhaps above all, it’s drawing a line in the sand and saying that this behavior is egregious and there’s only one right course of action for the president.

A call for resignation is as much about the moral and ethical standards of the person making the demand as the target himself or herself.

Of course, the standard of “doing what’s best for the country” is a quaint nostrum in Trump’s America.

When you have a president so completely immune from shame; and when he is enabled by a political party so infected by partisanship that “winning” is more important than acknowledging wrongdoing and holding leaders accountable, the idea of a selfless political act has become almost laughably antiquated.

Perhaps the most dispiriting element of the whistle-blower’s complaint is that multiple individuals around the president — all of whom swore an oath to uphold the Constitution — appear to have understood he committed a grave abuse of power, and then went to great lengths to cover it up. The heroism of the whistle-blower is sadly matched by the cowardice of Trump’s enablers.

Democrats are, of course, right to call for Trump’s impeachment. Same goes for the nation’s editorial boards. But are they so inured to the president’s unending malfeasance, corruption, and law-breaking that they can’t make the obvious call for resignation?

Trump should of course step down. He should have done it a long time ago. It’s not a close call. Stating that publicly is not an example of partisan bomb-throwing, rather it’s the precise opposite: a principled recognition that some things are more important than politics.