TORONTO — Director Kasi Lemmons knew that British actress Cynthia Erivo’s powerful singing voice — she won a Tony in 2016 for her Broadway debut in “The Color Purple” — would deepen her screen portrayal of Harriet Tubman, who stealthily communicated in song with the slaves she was shepherding to freedom.

But Lemmons didn’t know that the actress, who (like Tubman) stands just slightly over 5 feet, was possessed of a stamina and strength that matched the physical demands of the role. In 1849 when she was 27, Tubman escaped from slavery in Maryland and traveled 100 miles on foot into the free state of Pennsylvania. She returned to the South again and again, battling the elements and eluding armed Southern slave catchers and their packs of dogs, to lead others to freedom, using the network of abolitionists and safe houses known as the Underground Railroad.

“In one of our first meetings Cynthia said, ‘I want to do my own stunts. I’m in good shape and Harriet’s physicality is super important,’ ” says Lemmons, who first earned attention with her 1997 debut feature, the Louisiana-set “Eve’s Bayou.”

“She’s small but strong; she’s a marathoner. . . . I think about how [she] could run and glance backwards. She brought all this natural athleticism to the role, but my favorite thing is that she didn’t run like an athlete. She ran like Harriet, which is different from the way any other characters run. It was like a woman who happens to be fast but with this feminine power.”

Interviewed with Lemmons in September at the Toronto International Film Festival, where “Harriet” premiered, Erivo says she knew from the beginning how rigorous the shoot would be. Not only is Tubman constantly moving but Erivo would be required to perform all that movement while wearing heavy period dress. Another taxing aspect of playing Tubman, who was born Araminta Ross and called “Minty,” is that she suffered from fainting spells and seizures, the result of one of her masters splitting her head open when she was 13. 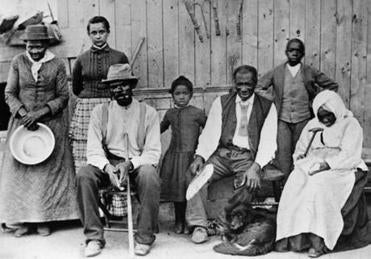 “I welcomed it from the beginning; I was game for the physical stunts; and Kasi knew it was important to me to do as much as I could, because it allowed me more of the full experience as opposed to getting snippets,” says Erivo, whose screen credits include director Steve McQueen’s 2018 crime drama, “Widows.”

After finding her way to Philadelphia and joining forces with the abolitionist William Still (Leslie Odom Jr.), Minty takes the name Harriet, in honor of her mother, and Tubman for her husband, who was still in Maryland. She finds work in a rooming house owned by the prosperous Marie (Janelle Monáe) who teaches her to shoot a gun. But unlike Marie and Still, who were born free, Tubman is compelled by her years in bondage to risk her life to help family members and friends escape slavery. Tubman undertook 13 missions to guide some 70 enslaved people to freedom.

Lemmons’s film, co-written with Gregory Allen Howard, is structured as historical drama and action thriller, with a larger-than-life heroine at its center. Lemmons was aware of the stakes in the first big-screen biopic about Tubman — Cicely Tyson starred as Tubman in the 1978 television miniseries “A Woman Called Moses.”

“The producers had a strong vision with Greg Allen Howard, who wrote the original script, that this was going to be a historical adventure film with this woman who was our superhero. When I came to it, I wanted to bring Harriet into the film so that she felt really authentic and her story was really there,” Lemmons says. “But I also wanted to keep it moving. We wanted you on the edge of your seat; we wanted it to be exciting for young people, for a broad audience. We wanted it to be entertainment.”

Both Lemmons and Erivo researched Tubman and the period by reading “every biography, everything written about Harriet and the Underground Railroad,” says Erivo. Creating a human being who transcended the pages of history was the result of an intense collaboration between director and star.

Finding Tubman’s speaking and singing voice was key. When Tubman sings the spirituals “Go Down, Moses” or “Bound for the Promised Land” as code for escape, “it is a completely different voice than Cynthia’s. It’s much lower,” says Lemmons.

“I’m a soprano; Harriet is an alto. Her voice is in the back of the throat as opposed to where I sing,” says Erivo. “It’s important to know that, because you can feel it. What you look for in the sound is that it feels right, because that’s where the resonance comes from. We talked about this a lot — how [Tubman] had to project to communicate far distances.

“For me, the study of a person begins with the rhythm. Where does she hold herself? Where is her face, how does she smile, does she smile? We talked about all those things because that detail is what helped us to find her.”

Loren King can be reached at loren.king@comcast.net.
Loading comments...
Most Popular in arts
Real journalists. Real journalism. Subscribe to The Boston Globe today.