IN THE HEAT of a witch hunt, who has the courage to stand up to the mob?

An original play — “Saltonstall’s Trial,” set to debut this month in Beverly — is based on the true story of someone who tried. In 1692, Nathaniel Saltonstall of Haverhill was appointed to a panel of judges who presided over the Salem witch trials. He quit after the first trial, which ended with the conviction and hanging of Bridget Bishop.

From historical accounts, it appears Saltonstall objected to the way the trial was conducted, especially its reliance on spectral evidence — witness testimony that the accused person’s spirit or a demonic surrogate appeared to the accuser to cause harm. His recusal did not stop the execution of innocents. But at great risk to himself and his family, Saltonstall at least raised doubts about the process.

“It’s a cautionary tale of what happens when distrust and tribal division trumps the quest for truth; when truth itself is quashed in favor of opinion and self-dealing; when prejudice is elevated to the point of doctrine,” said Michael Cormier a Haverhill native and author who co-wrote the play with actress and director Myriam Cyr of Beverly.

Sound familiar? Three hundred-plus years after the Salem Witch Trials, there’s at least one truth we can agree on: The accused were not witches. The allegations against them were fake news. Today, everyone — from President Trump to supporters of Supreme Court Justice Brett Kavanaugh and other targets of the #MeToo movement — is seizing on that historic injustice to wail about the unfairness of accusations made against them. 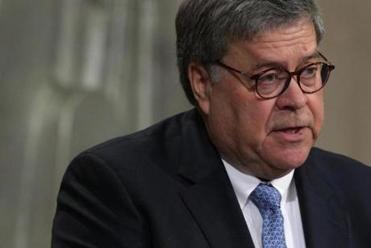 It’s easy to mock the whining. But have we reverted back to the “guilty until proven innocent model” of the Salem Witch Trials, where we first reach conclusions not on facts, but on our predisposed biases and cultural positioning? “Saltonstall’s Trial” forces us to think about the importance of credible evidence and due process, especially when it goes against our gut instincts. As Cyr notes, “I’m not a fan of Kavanaugh’s. . . . I’m a staunch Democrat.” But referencing what she calls “the circus” of the Kavanaugh hearings and subsequent efforts to discredit him, Cyr said, “that’s what Nathaniel Saltonstall stood up against.”

No one but Saltonstall was interested in questioning whether the two important premises of the trial — that witches exist and that these specific people were witches — were true. What would the judge from Haverhill have to say about today’s fiercely partisan court of public opinion, where each side clings to its own truth?

Absent corroborating evidence, Christine Blasey Ford has her contingent of true believers. Meanwhile, the pro-Kavanaugh mob will always doubt her story. Kavanaugh supporters might also see Republican Senator Susan Collins of Maine as a modern-day Salstonstall who stood up to the anti-Kavanaugh mob. Conversely, Kavanaugh’s detractors see in Collins someone who put party before principle and helped send an alleged sexual predator to the Supreme Court.

With Trump, his critics are convinced his conversation with the Ukrainian president represents impeachable conduct. The other side sees, what else, but a witch hunt? A “deeply troubled” Republican Senator Mitt Romney of Utah is about as close as it gets right now to a Saltonstall willing to stand up to the pro-Trump mob. Senate Democrats representing red states, meanwhile, are worried about politics, and how the impeachment mob might hurt them — not about fairness to the president.

“What’s most disturbing about the events of today is that they confirm that we are just as vulnerable to the primal urge to blame and destroy those we don’t trust as our ancestors were, “ said Cormier. “I hope ‘Saltonstall’s Trial’ will help force us to take a hard look at ourselves — whatever side of the aisle we favor.”

In the final scene of the play, after he tries and fails to prevent Bishop’s execution, Saltonstall speaks this line: “We have coveted false truths, ones sown in the soil of ignorance and prejudice. Yet there is a truth that lies outside our own beliefs, impervious to the whims of men.”

How many today are willing to look beyond the mob that represents our own beliefs and search for that truth?

(“Saltonstall’s Trial” is slated to open at the Larcom Theatre in Beverly, with 10 performances scheduled from Oct. 17 to 27.)