Do Democrats have a “Pelosi problem,” or is the septuagenarian House minority leader merely symptomatic of a far deeper ailment — a seniority system that confines the best and the brightest to the party’s back benches?

Is “wait your turn” really a prescription for legislative success — or, more importantly, for electoral success in the 2018 midterm elections?

Sure, at long last, Massachusetts — with its nearly unwavering loyalty to the Democratic Party in congressional elections — is poised to benefit from the seniority system that has become more curse than blessing. A Democratic takeover of the House would put Representative Richard Neal (congressional class of 1989) in charge of the tax-writing Ways and Means Committee. Representative Jim McGovern (seated in 1997) is poised to chair the Rules Committee.

But what of the ambitious and restless Seth Moulton? And how long will Joe Kennedy III — a star of selfies wherever he goes, even in this town — be content with the occasional Pelosi-gifted TV gig? And what of the newest kid on the block, assuming a Democratic victory in the race for Niki Tsongas’ seat?

In less reliably blue states, what can Nancy Pelosi promise those now fighting like crazy to put the House in Democratic hands? Some are openly dissing Pelosi and watching much younger Republicans come and go from chairmanships and leadership positions. 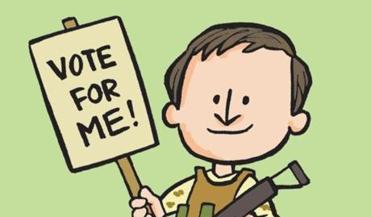 “There are plenty of opportunities so people can have access [to leadership],” Pelosi told Globe editors and reporters recently. “They are in the loop, and that’s something. . . .

“When I became speaker, it was the first time I was ever in the speaker’s office. . . . I understand. . . . I know what it’s like not to be invited to the meeting.”

But tea in the speaker’s office isn’t exactly what scrappy young freshmen probably have in mind.

Representative Mike Capuano, a veteran of two decades in the Massachusetts delegation and Pelosi’s anointed candidate in a primary contest this year, with one of those scrappy newcomers, Boston City Councilor Ayanna Pressley, is — not surprisingly — a defender of the seniority system as practiced by House Democrats.

“You put five or six or seven years of work on a committee, then they should have a good reason to skip over you,” he said in a recent interview. “You have to be a good team player, but then again you won’t be successful here if you’re not a team player.”

The Republicans, he was quick to note, “get some things right. They can move more quickly.”

But, Capuano insists, they also got into trouble when it seemed they were “selling” committee chairmanships to those who could raise the most money for the party. And yes, fund-raising does count on that side of the aisle also.

There is, among Washington insiders (of the Democratic persuasion), the assumption that should Pelosi walk into that speaker’s office one more time, it will likely be her last hurrah — vindication and then a gracious exit two years later.

“Pelosi’s future will be decided by her success or failure [in November],” Capuano said. “I got in trouble when I said it eight years ago. But when the Red Sox fell apart, Terry Francona had to go.

“I like Nancy Pelosi . . . but I’m not here to take up space. I’m here to make a difference, and that’s easier when you’re in the majority.

“But if you do the same thing over and over again, and it’s not working, you have to change something,” he added.

Even loyal soldiers have their limits.

“I’ve been through a lot of leadership fights,” he added. “They’re always uncomfortable.”

Winning in November will buy Pelosi time, but it won’t change the system. It won’t make the Seth Moultons and the Tim Ryans of her party happy. It will just buy time to change a sclerotic system.