The unofficial marijuana holiday has been around for decades — an annual celebration for consumers and a chance for activists to push for marijuana legalization in their respective states. But this year’s holiday in Massachusetts is taking on new levels of sophistication because it’s the first 4/20 holiday with an operating recreational marijuana market.

Organizations across the city are hosting events to bring the marijuana community together, including brunches, cannabis-infused dinners, and music festivals. People also traditionally gather on the Boston Common for celebrations.

“The residents of Massachusetts have a lot to celebrate this 4/20,” said Erik Altieri, executive director of the National Organization for the Reform of Marijuana Laws. “The significance of April 20 has really evolved over time,” he said.

“When it first became very prevalent in the ’90s, it was, in a way, out of necessity and community building.” 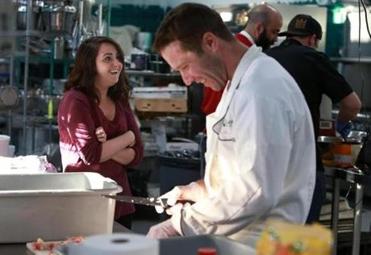 Here’s a list of some local marijuana offers, events for the 4/20 holiday

Businesses, companies, activist organizations, and other community groups are hosting a variety of events and special deals to celebrate the holiday.

Now, celebration can be the focus in such states as Massachusetts, Altieri said.

The origins of 420 itself have been shrouded in myth over the years. Some have tried to attach the numbers to state penal codes, police scanner lingo, or the birthdays of historically marijuana-loving singers and artists. (None of these theories check out.)

Perhaps the most plausible theory is the story of a high school clique called “The Waldos” in suburban San Francisco who ventured off one afternoon in 1971 to find a rumored marijuana garden nearby.

The time they decided to meet for the adventure? You guessed it — 4:20 p.m.

“It was straight [out] of a Cheech and Chong movie,” Larry Schwartz, one of the Waldos, told the Associated Press last year.

The teens — now middle-aged — never did find that garden, but the code word stuck for the group of friends.

The lingo didn’t take off until the Grateful Dead got involved. One of the Waldos’ brothers was friends with band member Phil Lesh, and the friends ended up spending time backstage at Dead concerts. By the late ’80s, the band was circulating the phrase and fans caught on.

The evidence of their influence on the date, as published on the Waldos’ website, includes letters from their college days, a clip from an early ’70s student newspaper, school transcripts, and military records. The Oxford English Dictionary even cites the group’s website in its references for the definition of 420.

“Little did they know that 50 years later, it would be essentially marijuana’s version of St. Patrick’s Day,” said Altieri, of NORML.

Nowadays, 4/20 celebrations have taken on a life of their own, and as the recreational marijuana market expands in Massachusetts, more businesses and hospitality firms are jumping on board.

Licensed adult-use dispensaries are limited to the deals and specials they can offer for marijuana products. State regulations prohibit advertising, marketing, or branding through promotional items like “gifts, giveaways, coupons, or ‘free’ or ‘donated’ marijuana.”

But dispensaries that sell medical marijuana can offer special deals to their patients, and many are taking that opportunity.

At New England Treatment Access in Brookline and Northampton, the company has collaborated with a variety of local restaurants and vendors, who will be outside the dispensaries on Saturday handing out samples.

Sam Kanter, a local event planning and food hospitality consultant with her own self-named firm, recently launched a series of cannabis-infused dinners called “Dinner at Mary’s.” The first dinner was in March, and the second is on Saturday.

Saturday’s program will be held in downtown Boston — the exact location is announced to guests shortly before the event — and requires attendees to apply for membership to the group before signing up.

To stay within the legal guidelines of state regulations, the ticket price is simply a suggested donation, and the cannabis-infused foods are entirely gifted. All dishes can also be made without the THC-infused toppings, which can make you high. There will also be CBD-only infused dishes available, which use the non-psychoactive compound of marijuana.

Kanter said the event will show “the public that these can be high-end dining experiences that can be enhanced by cannabis. These are not pot dinners. These are not stoner shindigs.”

“I feel like every day it’s kind of shifting a little bit,” she said.

Material from the Associated Press was used in this report. Felicia Gans can be reached at felicia.gans@globe.com.
Loading comments...
Most Popular in news
Real journalists. Real journalism. Subscribe to The Boston Globe today.