State marijuana regulators vowed Thursday to closely scrutinize acquisitions and mergers in the cannabis industry to ensure larger companies do not gain control of more than the legal maximum of three pot retailers, a cap aimed at helping smaller local businesses compete.

At a meeting of the Cannabis Control Commission, officials debated a process for reviewing proposed changes to the ownership of licensed cannabis firms, which must be approved by the agency. Seven applications for such changes are pending before the commission.

Though long-planned, the discussion took on new urgency following the publication of a Globe Spotlight Team report detailing how at least three multistate marijuana firms with operations in Massachusetts are testing the limit on store ownership.

The corporations each insisted their operations will comply with state law, despite revelations that they have close ties to numerous license-holding entities, in many cases through onerous management contracts and high-interest loans.

The commission has said it is investigating the allegations; the state Department of Public Health, which previously oversaw medical marijuana, found during a preliminary investigation last year that a number of entities with medical licenses had used “loopholes” and “shell companies” to disguise their affiliations with two large firms, Sea Hunter and Acreage. 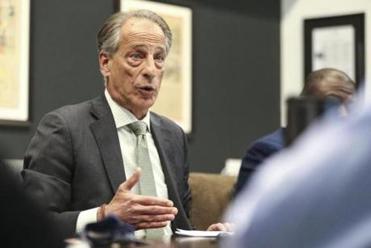 State regulators said they are investigating whether large marijuana companies are violating license limits and potentially making it harder for independent entrepreneurs to compete.

On Thursday, three commissioners — Shaleen Title, Britte McBride, and Steven Hoffman — made clear they want to review such management contracts.

Title echoed the sentiment, asking, “As a matter of course, are management contracts, loans, leases — are those reviewed?”

Executive Director Shawn Collins said inspectors would review such contracts for companies seeking a transfer of a license or other large-scale change in ownership or control. He cautioned that it would be burdensome to review every lease, loan, and other agreement for all applications involving a new board member or other small-scale changes in ownership or control that the commission considers.

“We have the ability to secure any and all documents that would be helpful in answering the question, ‘Where does the control reside?’” Collins said. He said he felt confident in his investigators’ abilities to dig into the complex organizational structures, but he may need to hire an accountant trained in investigating financial crimes.

“If there is a portion of revenue going back to another company, do we then ask for that contract?” Title asked.

“My understanding is yes,” Collins said.

Collins explained the agency’s proposed procedure for reviewing such deals: First, the applicant would submit required documents and disclosures of affiliated entities, and an investigator would be assigned to determine whether more records were needed. Then, the investigator would dig through public records, filings, and background checks. If warranted, the investigator may interview a company’s leadership about any discrepancies or information that was lacking. Finally, the commission would review the investigator’s complete report and vote on whether to approve the deal.

After Thursday’s meeting, Hoffman said the agency should review all contracts between companies that could get at the murky issue of who actually owns or controls a business.

“It’s essentially the ability to veto important decisions,” Hoffman told reporters. “Control is a really challenging issue. . . . We’ll consider making it more explicit if we need to, but I feel we defined it adequately for the time being.”

Commissioner Jennifer Flanagan agreed it was important to enforce the law’s limits on licenses.

“This is not going to be rubber-stamped,” Flanagan said, adding that she has heard from towns that “entities are being bought out before licenses have been given.”

The final procedure will be discussed over the next few months and voted on as part of the agency’s regulatory review by June.

Staff writer Dan Adams contributed to this report. Naomi Martin can be reached at naomi.martin@globe.com. Follow her on Twitter at @NaomiMartin.
Loading comments...
Most Popular in news
Real journalists. Real journalism. Subscribe to The Boston Globe today.