A prominent local labor attorney who has gained national attention for her lawsuits against Uber and other “gig economy” companies is considering a primary challenge to Senator Edward J. Markey next year.

“I have dedicated my entire career to fighting for workers and their families across our country. I believe we need fresh voices in Washington, fighting on the side of workers, and I am considering a run for the United States Senate,” Shannon Liss-Riordan told the Globe in an e-mail. “Over the next couple of weeks, I am talking with people I love and trust before making a decision.”

Liss-Riordan said she would run as a Democrat in the primary against Markey, who is up for reelection to a second term in 2020. She is a registered Democrat who has been active in recent elections, according to the town clerk’s office in Brookline, where she lives. She attended Harvard as an undergraduate and returned for law school.

Her consideration of a Senate bid is an early confirmation that the 72 year-old Markey, who has been in Congress since 1976, is seen by some as vulnerable, as many pundits predicted he could be, given the hunger for change and fresh faces that voters expressed in the 2018 midterm elections. 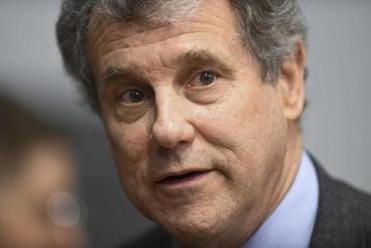 The Ohio senator is ceding the primary field to other left-leaning candidates with broader national appeal.

A spokeswoman for Markey declined to comment on the potential challenge.

Still, the 49-year-old Liss-Riordan could fashion herself as a political outsider should she decide to jump in the race. A partner at Lichten & Liss-Riordan in Boston, she’s focused on helping waiters, fast-food workers, drivers, exotic dancers, and cleaners, among other low-pay workers, fight against wage theft and misclassification as independent contractors by their employers. Her legal crusades on behalf of workers include lawsuits against corporate giants Amazon, Google, FedEx, and Starbucks.

Several years ago, she came in as No. 33 on a list of most influential people in Silicon Valley for lawsuits challenging ride services Uber and Lyft for misclassifying drivers as independent contractors. Her law partner, Harold Lichten, once described her as “a pit bull with a chihuahua in her mouth.”

Most recently, she filed a class-action lawsuit on behalf of employees accusing IBM of age discrimination in its firing of older employees.