A major scientific report issued by 13 federal agencies Friday presents the starkest warnings to date of the consequences of climate change for the United States. Here are some of the key takeaways from the report’s section dealing with the Northeast, which is defined as stretching from West Virginia to Maine.

■ Urban areas are at risk for large numbers of evacuated and displaced populations and damaged infrastructure due to both extreme precipitation events and recurrent flooding, potentially requiring significant emergency response efforts and consideration of a long-term commitment to rebuilding and adaptation, and/or support for relocation where needed.

■ Much of the infrastructure in the Northeast, including drainage and sewer systems, flood and storm protection assets, transportation systems, and power supply, is nearing the end of its planned life expectancy. Climate-related disruptions will only exacerbate existing issues with aging infrastructure.

■ Sea level rise has amplified storm effects in the Northeast, contributing to higher surges that extend farther inland, as demonstrated in New York City in the aftermath of Superstorm Sandy in 2012.

■ By 2035, and under both lower and higher scenarios, the Northeast is projected to be more than 3.6°F warmer on average than during the preindustrial era. This would be the largest increase in the contiguous United States and would occur as much as two decades before global average temperatures reach a similar milestone. Projected increases in temperature are expected to lead to substantially more premature deaths, hospital admissions, and emergency department visits across the Northeast. 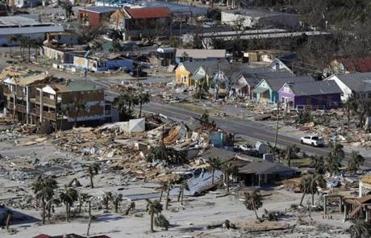 The findings of the federal report are directly at odds with President Trump’s agenda of environmental deregulation, which he asserts will spur economic growth.

■  Seasonal differences in Northeast temperature have decreased in recent years as winters have warmed three times faster than summers. By the middle of this century, winters are projected to be milder still, with fewer cold extremes, particularly across inland and northern portions of the Northeast. This will probably result in a shorter and less pronounced cold season with fewer frost days and a longer transition out of winter into the growing season.

■  In 2012, sea surface temperatures on the Northeast Continental Shelf rose approximately 3.6°F (2°C) above the 1982–2011 average. This departure from normal was similar in magnitude to the changes projected for the end of the century under the higher scenario and represented the largest, most intense warm-water event ever observed in the Northwest Atlantic Ocean. . . . Specifically, early spring warming triggered an early start of the fishing season, creating a glut of lobster in the supply chain and leading to a severe price collapse.

■ High-tide flooding has increased by a factor of 10 or more over the last 50 years for many cities in the Northeast region and will become increasingly synonymous with regular inundation, exceeding 30 days per year for an estimated 20 cities by 2050 even under a very low scenario.

■ Communities, towns, cities, counties, states, and tribes across the Northeast are engaged in efforts to build resilience to environmental challenges and adapt to a changing climate. . . . The cities of Philadelphia; Utica, N.Y.; and Boston, promote the use of green infrastructure to build resilience, particularly in response to flooding risk.