The suicides of fashion designer Kate Spade and celebrity chef Anthony Bourdain just days apart this week have mental health professionals worried about the potential for what’s known as a “contagion” effect, but at the same time they say media coverage may lead people to seek help.

Experts expect the same thing to happen after the Spade and Bourdain deaths. To Mongeau, the increase in calls means more people are thinking about ways to get help for themselves or a loved one.

“We see what’s happening today as a good thing,” he said. 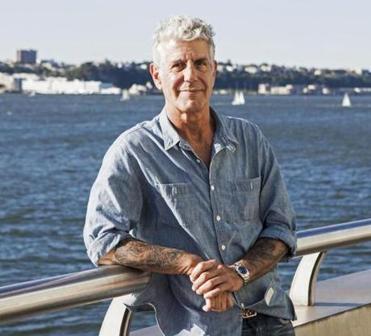 Provincetown restaurant stunned by Bourdain’s death; celebrity chef got his start there

“He was really trying to connect food to people in a wonderful kind of way,” said John Yingling, a Provincetown restaurant owner who knew Bourdain for about 40 years.

Richard McKeon, who specializes in suicide prevention at the national Substance Abuse and Mental Health Services Administration office in Rockville, Md., said his staff will be “particularly alert” for signs of suicide contagion following the deaths of Spade and Bourdain.

Even for people not contemplating suicide, the National Suicide Prevention Hotline is a good resource for people dealing with depression or worrying that a loved one may be showing signs of suicidal thoughts or behavior, McKeon said.

Young people are at the highest risk of being affected by suicides that are widely reported, said Dr. Blaise Aguirre, a psychiatrist at McLean Hospital in Belmont who specializes in adolescents at risk of suicide.

“What happens is that when you have these young people already thinking about that and some of their idols are dying by suicide, it sort of — in their thinking — makes it more acceptable in a certain kind of way,” Aguirre said. “It seems like somewhere between 14 and 24, in that age range, they are particularly vulnerable.”

The US Department of Health and Human Services calls this the suicide contagion effect: When someone already prone to suicidal thoughts learns of a suicide by someone close to them or of a high-profile suicide through media reports, an increase in suicidal behavior results.

Aguirre said he believes the contagion effect has become even more pronounced in recent years due to the role of social media in spreading news.

“For many years, if somebody famous died by suicide, you might read about it later in the newspaper, but young people weren’t necessarily in the habit of reading the papers,” he said. “Now, there is the ability of this news to spread rapidly.”

Aguirre said journalists – and members of the public using social media — should be wary of the stories they read and share.

“When you put suicide in the headline, it grabs more attention from somebody who is already vulnerable,” he said. “For somebody who has been thinking about suicide, it brings it to the forefront.”

Working to break down the stigma around mental health issues and making sure loved ones know they aren’t alone is critically important, he said.

“I think that mental illnesses, as opposed to other illnesses, are the most stigmatized and having a forum to talk about it is important,” he said.

The death of a celebrity by suicide prompts many people to research the topic of suicide — in beneficial ways but also with darker motives.

“In the wake of a major high-profile suicide, people tend to look up more information about suicide,” said Dr. David Kroll, a psychiatrist at Brigham and Women’s Hospital. “You will see more people looking up resources for suicide, but also looking at harmful content, like ways to facilitate a suicide. People are paying more attention, for better or for worse.”

A common misconception about mental illness is that people with success and wealth are immune to it, but Kroll said it is impossible to know what is going on in someone’s life beneath their public presentation.

“It’s always jarring to know that these are people that seem to have it all together,” he said. “I think it speaks to the power of isolation and aloneness and how easy it is to hide your symptoms from other people.”

The factors that contribute to depression can be numerous, Kroll said, and there is no single formula for happiness. People are often deterred from seeking treatment because of stigma surrounding mental illness, whether they are in the spotlight or not.

“That stigma happens at all levels of society,” Kroll said.

The Centers for Disease Control released a report Thursday that said 45,000 people died by suicide in 2016, with suicide rates rising significantly in 44 states from 1999 through 2016.

“We need to end the stigma and teach people how to ask that question: ‘Are you suicidal?’ ” Matulis said.

If you or someone you know is having suicidal thoughts, there are resources available to help. The National Suicide Prevention Hotline number is: 1-800-273-8255. The Samaritans suicide prevention hotline is 877-870-4673.