Voting in Alabama’s wild special election for the US Senate contest is finally underway, a race that has been in the national headlines nearly every day for the past month. Even Election Day has not been without its antics, as Republican Roy Moore rode a horse to the polling place to cast his ballot.

The national interest is not without merit. Moore stands accused of harassing multiple teenagers, yet Trump continues to support him anyway, even as much of the GOP has distanced itself from or outright condemned Moore as a candidate. Should he win, Moore could become something of an albatross for Republicans, with Democrats pointing to him as evidence of a GOP that is unfriendly to women as we head toward the all-important midterm elections next year. Should he lose to Doug Jones, he’d push Democrats one seat away from a Senate majority.

So now to the big question: Who is going to win? Even hours before the polls close, it’s still viewed as a toss up. But there are some signs to watch when trying to read the tea leaves ahead of Tuesday night’s returns. Here are the three most important dynamics to will turn the election one way or the other.

It is hard for any Democrat to win in Alabama, but for it to happen, they need several things to break their way. First, they need enough Republicans to either stay home, write in a candidate, or vote Democratic.

But more to the point, for a Democrat to win, they must run up the score in heavily Democratic communities. Key to that is pushing turnout among African-American voters, who make up 27 percent of Alabama’s population and tend to register as Democrats. This means increasing turnout in the so-called “Black Belt” in the middle of the state, which includes Selma and Montgomery, both majority-minority cities. That’s not as easy as it sounds. Historically, African-Americans show low voter turnout in non-presidential elections. That might only get worse in a special election held less than three weeks before Christmas. 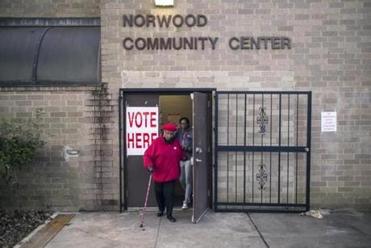 None of this is lost on Democrats, who have gone to great lengths to buck the trend. Jones’s campaign over the weekend brought in former Massachusetts governor Deval Patrick, New Jersey Senator Cory Booker, and other prominent African-American politicians to campaign on behalf of the Democrat. Former president Barack Obama also recorded robo-calls telling targeted voters in the Black Belt, reminding them that this was “not an election to sit out.”

Whether the influence of out-of-staters (even prominent ones like Obama) persuades this all-important constituency to head to the polls today is hard to gauge, but it’s critical to a Jones victory.

Republican party crossovers in the Mobile area and Shelby County

The Mobile and Shelby County areas are the state’s most socially moderate regions. That’s meant a lot of backlash against Moore — even in enclaves that traditionally vote Republican. By extension, that means it’s the easiest place for Jones to pick off GOP voters. And it’s worth noting that Moore did not win voter-rich Shelby County in the Republican primary runoff this fall. The same cannot happen if he wants to win today.

These are educated, mostly affluent areas, where turnout tends to be high, even in off-year elections. But crossing party lines to vote is less common than you think. Voters might be more likely to write in a candidate, meaning they take away votes from the Moore tally but don’t in turn add them to Jones’s total. We won’t know how they cast their ballots until the polls close, but it’s an important dynamic that election observers will be closely monitoring as the day plays out.

Average voters’ thinking: Do they see themselves as voting for Trump, or against Moore?

It has been hard for Republicans to defend Moore. He was already among the most controversial politicians in America before the race began. He’s been twice kicked off the state’s Supreme Court. He’s called gays and lesbians “perverts.” He’s said Muslims shouldn’t serve in elected office. He brandishes a gun at campaign rallies. He’s been quoted longing for the days of slavery.

All of this contributes to the fact that only 71 percent of Republicans are backing Moore, even in a deeply red state like Alabama. For most, a vote for Moore is mostly a vote for the Republican agenda, at least as it has played out under Trump — who won the state in 2016 by 28 points.

But some of those who supported Trump in last year’s general election say that regardless of Moore’s backing by the president, they just can’t stomach casting a ballot for a man accused of sexual misconduct with a 14-year-old girl.

If the vote hinges on feelings about Moore, then Moore could lose. If, however, voters feel compelled to cast a ballot in support of Trump — who remains far more popular in this state than in the country as a whole — we could see Moore eke out a victory tonight.