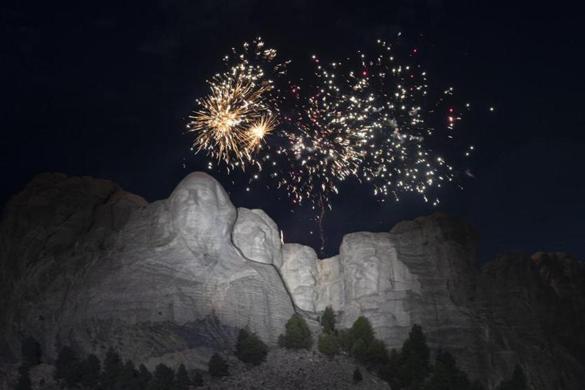 Tropic storm Isaias whips up eastern US, killing at least 4

At least four people were killed as Tropical Storm Isaias spawned tornadoes and dumped rain Tuesday along the U.S. East Coast after making landfall as a hurricane in North Carolina, where it caused floods and fires that displaced dozens of people.

United Nations Secretary General Antonio Guterres said Tuesday the coronavirus pandemic has led to the largest disruption of education in history, with schools closed in more than 160 countries in mid-July, affecting over 1 billion students.

The World Health Organization said Monday an advance team looking into the origins of the COVID-19 outbreak has concluded its mission in China, and the United Nations health agency is preparing the deployment of a larger group of specialists to the suspected outbreak zone.

Mr. Hume was a visionary politician who won a Nobel Peace Prize for fashioning the agreement that ended violence in his native Northern Ireland.

He’s back: Trump to re-up virus briefings amid lagging polls

President Trump is set to once again take center stage in the government’s coronavirus response after a White House debate over how best to deploy its greatest and most volatile asset — him — played out in public as his poll numbers falter.

UK’s Johnson nudges workers back to office as lockdown eases

British Prime Minister Boris Johnson said Friday that people will no longer be told to work from home and avoid public transit in a major easing of lockdown restrictions — even as he said the government was “preparing for the worst” in case of a new coronavirus spike this winter.

Since late May, three months after Brazil’s first reported case of the coronavirus, it has recorded more than 1,000 daily deaths on average in a gruesome plateau that has yet to tilt downward.

North Macedonia’s pro-Western Social Democrats said Thursday they were ready to start complicated power-sharing negotiations after winning a narrow election victory in a poll held up for months by the COVID-19 pandemic.

New peak of 71K US overdose deaths in 2019 dashes hopes

Nearly 71,000 Americans died of drug overdoses last year, a new record that predates the COVID-19 crisis, which the White House and many experts believe will drive such deaths even higher.

Medics in white coats replaced uniformed soldiers as stars of France’s Bastille Day ceremonies Tuesday, as the usual grandiose military parade in Paris was recalibrated to honor medics who died fighting COVID-19, supermarket cashiers, postal workers, and other heroes of the pandemic.

WHO boss slams ‘mixed messages’ from leaders on coronavirus

The World Health Organization’s chief on Monday slammed some government leaders for eroding public trust by sending mixed messages on the coronavirus and warned that their failures to stop their countries’ spiraling outbreaks mean there would be no return to normal “for the foreseeable future.”

A federal judge on Monday permanently blocked Georgia’s 2019 “heartbeat” abortion law, finding that it violates the US Constitution.

Countries in Eastern Europe are facing rising waves of coronavirus infections, leading to riots in Serbia, mandatory face masks in Croatia, and travel bans or quarantines imposed by Hungary.

Florida shattered the national record Sunday for the largest single-day increase in positive coronavirus cases in any state since the beginning of the pandemic, adding more than 15,000 cases .

Virtually joined by world leaders, the survivors of Bosnia’s 1995 Srebrenica massacre on Saturday remembered the victims of Europe’s only acknowledged genocide since World War II and warned of the perpetrators’ persistent refusal to fully acknowledge their responsibility.

Federal officials were so worried Jeffrey Epstein’s longtime confidante Ghislaine Maxwell might take her own life after her arrest that they took away her clothes and sheets and made her wear paper attire while in custody, an official familiar with the matter told The Associated Press.

President Donald Trump’s former personal lawyer and fixer, Michael Cohen, was returned to federal prison Thursday, after balking at certain conditions of the home confinement he was granted because of the coronavirus pandemic.

Allies, China rebuke US pullout from WHO

Top US allies on Wednesday denounced the planned pullout of the United States from the World Health Organization, with the Italian health minister calling it “wrong” and a political ally of Germany’s chancellor warning that the withdrawal could make more room on the world stage for China.

NYC mayor: Schools will reopen in fall with hybrid learning

Most New York City students will return to their physical schools two or three days a week and learn online the rest of the time under a plan announced Wednesday by Mayor Bill de Blasio, who said schools can’t accommodate all their students at any one time and maintain safe social distancing.

The 193 members of the United Nations reached agreement on a declaration to commemorate this year’s 75th anniversary of the world organization, recalling the UN’s successes and failure and vowing to build a post-pandemic world that is more equal, works together, and protects the planet.

Justice Department moves ahead with execution plan next week

The Justice Department is plowing ahead with its plan to resume federal executions next week for the first time in more than 15 years, despite the coronavirus pandemic raging both inside and outside prisons and stagnating national support for the death penalty.

Trump leans on schools to reopen as virus continues its spread

WASHINGTON — President Donald Trump demanded on Tuesday that schools reopen physically in the fall, pressing his drive to get the country moving again even as the coronavirus pandemic surged through much of the United States and threatened to overwhelm some health care facilities.

Trump says he will pressure states to reopen schools in fall

President Trump on Tuesday launched an all-out effort to reopen schools this fall.

Polls opened in Russia on Thursday for a week-long vote on constitutional changes that would allow President Vladimir Putin to stay in power until 2036.

Who hasn’t heard of COVID-19 by now? More than you think.

A half-year into the most momentous pandemic in decades, it’s hard to imagine that anyone, anywhere has not heard of the coronavirus. But scores of migrants arriving in Somalia tell United Nations workers every day that they are unaware of COVID-19.

Saudi Arabia to hold ‘very limited’ hajj due to virus

Saudi Arabia said Tuesday that because of the coronavirus only “very limited numbers” of people will be allowed to perform the annual hajj pilgrimage that traditionally draws around 2 million Muslims from around the world.

Mourners filed through Atlanta’s Ebenezer Baptist Church on Monday for a public viewing of Rayshard Brooks, a Black man whose fatal shooting by a white police officer came amid growing calls for an end to racial injustice after the death of George Floyd.

A vast cloud of Sahara dust is blanketing the Caribbean as it heads to the United States with a size and concentration that specialists say hasn’t been seen in half a century.

Three people were killed and six others were wounded early Monday when multiple people fired into a crowd at an impromptu celebration in North Carolina, police said. Five others were hit by vehicles. 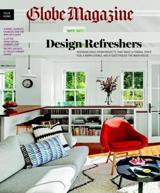 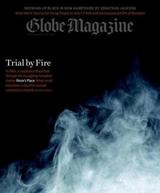 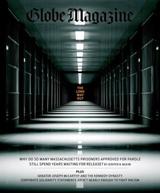