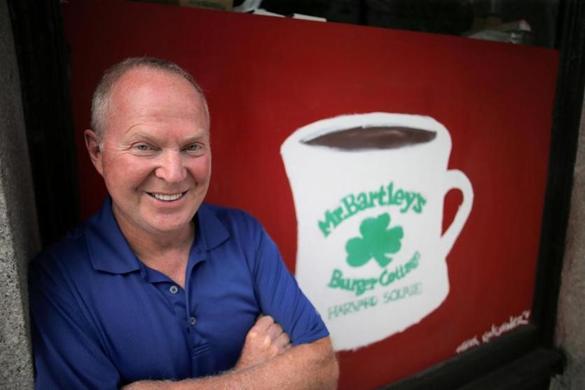 The restaurant has been in the same family since 1960. 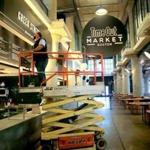 Food halls were built on the premise of group gatherings. With COVID-19, will their momentum stall? 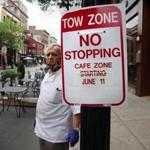 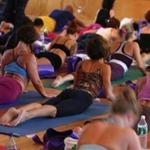 From fashionistas to legal scholars, these tastemakers reveal how they set the city’s trends.

With the restaurant industry in crisis, they'll refocus the annual ceremony on previous honorees and addressing systemic bias.

Harvest and Grill 23 return, and a socially distanced dining club comes to Quincy

In its third season, "Fiasco" examines a pivotal chapter in the city's history.

Should family secret be shared with those it affects?

Recent sightings as reported to the Massachusetts Audubon Society.

The neighborhood's oldest continuously running Italian event is moving to the internet.

From Bangladesh to Brazil, inside one Somerville restaurant

Nibble Kitchen gives immigrant entrepreneurs a place to showcase their cooking and culture.

Top Shelf Cookies to open storefront in Dorchester this fall

The new location will open as early as October at 515 Gallivan Blvd. and offer 12 flavors a day.

An upcoming Hulu series based on the Michelle Carter texting suicide case that sparked attention worldwide has its lead.

Displaced from Brooklyn during COVID-19, he relocated to his family's Holly Hill Farm to run a bakery.

Of fish and feminism: How Maa and I bonded over the Bengali spice basket

As I hunkered down with my parents for a quarter of the year during quarantine, I learned her kitchen secrets — and so much more.

Recipe: Homemade vegetable chips are a healthier alternative to snack foods -- and kids love them

Recipe for Oven-Baked Vegetable Chips from the Food pages of The Boston Globe.

Recipe: Buttermilk tenderizes and flavors this blueberry cornbread in a wonderful way

Recipe for Blueberry Buttermilk Cornbread from the Food section of The Boston Globe.

Recipe for Grilled Salmon and Quinoa Bowls from the Food section of The Boston Globe.

‘There’s really not a wrong way to spritz'

Ryan Lotz, beverage director at Bar Mezzana, offers tips for making your own.

A hefty dose of spice makes these frozen desserts stand out.

The Henry Social Change scholarship will aid a number of Berklee and Boston Conservatory students who are “financially and academically deserving with the potential to make a significant contribution to society through the performing arts."

Give your kids a week, and they’ll create their own films

A special in-person Filmmaking 101 camp starts Aug. 24 at The Cabot in Beverly — or opt for an online Stop-Motion Animation class beginning Aug. 17 and Aug. 24.

Dunkin’ will release its own cereal this month. But is it any good?

Three local taste-testers (all cereal connoisseurs) endeavor to find out.

Discovery Channel’s Shark Week producers were quick to capitalize on the opportunity.

A different musical act will play at the lot for three Sunday nights in August starting at 8 p.m — courtesy of its organizer, The Trustees of Reservations.

Local movie theaters ask patrons to ‘Save Your Cinema'

"If I could get 25 people in a theater, that would be great right now."

A critic pauses to appreciate the city's most interesting places to park two wheels.

In a new reading box, two Rhode Island thrillers, a candle, and chocolate

Ten percent of the sales from the boxes will go to the Rhode Island Writers Colony, which supports writers of color in residency programs.

Sale away: As the kids grow, so does our need for a garage sale

The pandemic has given us plenty of time to look around the house (watch out for Legos), assess the changing stage of our lives and realize that we just have too much stuff.

Aeronaut Brewing Co. is taking over the former Down the Road Beer Co. space in Everett

Despite the notable presence of the brand in and around Somerville and Greater Boston, Aeronaut is relatively small. This could change that.

Tune in for poetry, live online from 150 poets, including a 10-hour marathon on Saturday

College students founded HomeBuddies to mentor kids during the pandemic

The Fairmont Copley Plaza Hotel reopens on its 108th birthday

With a weekend “Birthday Flash Sale,” anyone can book a night through March 2021 for just $108.

Future husband sings a ‘me’ tune

Recent sightings as reported to the Massachusetts Audubon Society.

In Lexington, this independent moviehouse is open for business

Yes, the bathrooms are open. No, you can't buy the popcorn.

Fiction in the pandemic

As our own reality changes, what happens to the worlds we writers imagine?

The initiative to encourage diners to "try something new" is aimed at helping businesses hurt by the pandemic.

Local man wants to recreate the boat from ‘Jaws’

David Bigelow hopes to transform a lobster boat named the Lydia into the Orca III, which will be used for great white shark research and for educational tours on the waters off Martha's Vineyard.

A documentary that examines the inner workings of Boston government, titled “City Hall,” is set for a festival release in Venice and Toronto this September.

Where artists spread peace, one ‘offering’ at a time

A new campaign serves up daily songs, poems, and other "offerings of peace."

Five Boston-based artists take the stage at 6 Friday night for a free drive-in soul music concert at the University of Massachusetts Bayside Plaza.

Where to get take-home North End feasts, plus the latest new pop-ups and patios

Finding coverings that fit little faces and are comfortable and breathable can be a challenge.

The beer, Pride and Parquet, will be released in the late fall or early winter.