By the time Latisha Steele entered a housing lottery for a chance to own a town house in a new development in Mattapan, she had lost count of how many such drawings she’d entered.

The single mother and Boston public school police officer who’d been on Section 8 renter’s assistance for years had set her hopes on the city’s highly competitive lottery program for low- and moderate-income earners to buy her first home.

She didn’t think she had a chance, but after all the applications were vetted, Steele got the news that her name was at the top of the list.

Then worry set in. 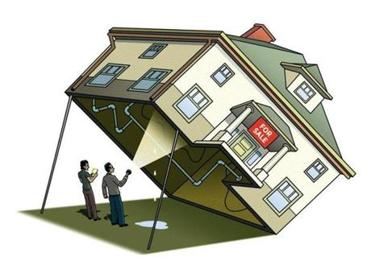 A beginner’s guide to buying an older home

There are things you ought to know before buying an old house — among them, the names of a few reliable tradespeople.

Saving enough for a down payment — particularly in a housing market as red-hot as Greater Boston’s — is among the top concerns for many would-be first-time home buyers. In the crush, some may also end up leaving money on the table, unaware of the many subsidy programs out there offering everything from low-interest loans to closing cost coverage to matching down payment funds, and even the chance to avoid pricey private mortgage insurance payments.

“It becomes an impulse transaction,” said Mounzer Aylouche, vice president of homeownership programs at MassHousing, the quasi-public state agency that helps buyers through the process. “Someone says: ‘I want to be a homeowner. Let’s do it.’ You’re not buying a car; you’re buying a lot of debt.”

Steele already had attended a homeownership education class, a widely recommended initial step for first-time buyers, but she wasn’t aware that she qualified for a MassHousing down payment assistance program until she was told by her realtor and mortgage lender, whom she calls her “dream team.” Steele was able to finance 100 percent of the cost of her first home through MassHousing. In June, she and her daughter moved in.

MassHousing offers several fixed-rate mortgages through lenders for first-time home buyers of various income levels. The down payment assistance program covers up to 3 percent of the purchase price or $12,000 — whichever is lower — on a property for income-qualifying first-time buyers via a 15-year second mortgage with a fixed interest rate of 1 percent and no additional fees. Since introducing the program in March, Aylouche said, the agency has funded 307 down payment/second mortgages totaling $2.4 million.

One of the biggest mistakes first-time home buyers make is “jumping in, not doing proper research,” said Elliot Schmiedl, director of homeownership at the Massachusetts Housing Partnership, a nonprofit that supports affordable housing.

“They’re not making themselves aware of the public programs that exist. People tend to quickly latch on to a real estate agent or a mortgage banker or go with someone their friend told them about,” Schmiedl said, adding that buyers shouldn’t be afraid to switch realtors or check out other banks in order to have access to products that will save them the most money. “A lot of people then learn after the fact about what was available to them.”

To make the home-buying process less overwhelming, first-timers are universally advised to seek classes to help them navigate the subsidies offered by nonprofits, lenders, state programs, and even cities and towns. Oftentimes, these classes are required to get the assistance.

Once buyers identify a subsidy, the next step is to make sure they qualify for the program and to get preapproved for a mortgage. A preapproval, unlike a prequalification, is a more involved process with a lender that looks into a buyer’s credit to let him or her know the specific amount that can be borrowed, allowing the buyer to shop for a home within that range.

“You don’t want to fall in love with [a property] and find out that you can’t get a mortgage,” said Christine McConville, a realtor with Coldwell Banker Residential Brokerage in Boston. “Get an agent and then go kick the tires.”

Getting to a 20 percent down payment — the upfront minimum required to forgo having to purchase private mortgage insurance for a conventional mortgage — is getting harder to save for as median home prices continue to rise and inventory continues to drop. The median price for a single-family home in Massachusetts reached $407,000 in July, up from $383,000 at the same time last year, according to the Warren Group, a real estate tracking service. Condo prices reached a median of $385,000, up 7.2 percent from last July.

Can’t come up with a 20 percent down payment? Don’t let that deter you, Schmiedl said. “Twenty percent is ancient history. Now [most are] about 5 percent.”

Schmiedl pointed to the Massachusetts Housing Partnership’s ONE Mortgage Program as one way low- to moderate-income first-time buyers can purchase a condo or single-family home with as little as 3 percent down — with only 1.5 percent required from the buyers’ own funds. The other half can be a gift or grant, such as the one offered by the city of Boston’s down payment assistance program.

The MHP offers a fixed, low-interest 30-year mortgage that funds up to 97 percent of the purchase price, allowing the buyer to escape private mortgage insurance.

Armando Carvalho, senior vice president and director of residential lending at Rockland Trust, said competition for homes is so fierce, buyers entering the market for the first time often feel pressured to bid more than what they can afford.

“We’ll have a customer call us asking how quickly we can get them a preapproval because they’re now required in some showings,” Carvalho said. “There is not a lot of inventory; whatever is there is being bought by folks with stronger incomes and stronger assets. Millennials are frustrated and can’t get into the market.”

One of Rockland’s most popular options is the equity-builder down payment assistance program for first-time buyers, which provides a no-interest grant of up to $11,000 that is forgiven after five years as long as the buyer remains in the home. The balance decreases by 20 percent annually.

“There isn’t any payment in those five years,” Carvalho said.

The catch: It’s first-come, first-served. Rockland and other banks are allotted only a limited amount of funds for the program at the beginning of the year by the Federal Home Loan Bank of Boston.

“Until you have an actual application in the system and a home reserved, you can’t access this fund,” he said. “You need a purchase-and-sale agreement.”

While many subsidies are geared toward low-income earners, Aylouche of MassHousing said there also are assistance programs for first-time buyers with moderate incomes — even those at the top of the area’s median-income bracket, the benchmark used to determine eligibility for many of the programs.