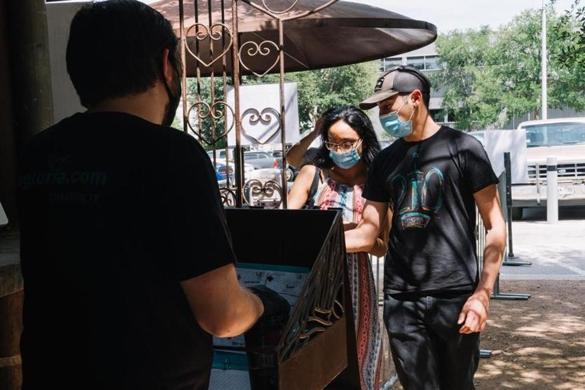 The CDC’s guide for going back to normal life has been altered by the Trump administration. 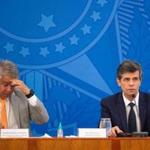 Is Brazil the next big hot spot as other nations ease up? 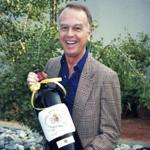 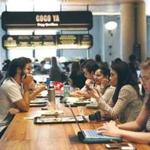 The decade in dining

And the Munch Madness winner is . . .

There are dishes you can order for under $20 at eateries.

Europeans soak up the sun but virus travel rules a mishmash

Europeans soaked up the sun where they could, taking advantage of the first holiday weekend since coronavirus restrictions were eased.

Diners in a Maryland beach town are bouncing back into eating out amid the coronavirus pandemic with a little help from inflatable inner tubes on wheels.

Restaurants and racing can resume, but new rules abound

Restaurants can reopen in New Orleans, a city famous for its cuisine, but they must take reservations and limit the number of diners. Auto and horse racing tracks in New York can resume competitions but without spectators.

Italy eases virus lockdown, and gets first reckoning of toll

Italians strolled in the park, grabbed take-out cappuccinos, and paid their respects to the astonishing number of dead Monday as the European epicenter of the coronavirus pandemic gingerly woke up from the continent’s first and longest lockdown.

With zero cases, the county says it needs to move, or the residents will defy orders.

After weeks of criticism, Trump shifts focus to economy, tries to regain his footing

As part of the guidelines effort, the Centers for Disease Control and Prevention released new priorities for virus testing, including people who show no symptoms but are in high-risk settings.

Virus is expected to reduce meat selection and raise prices

The price of meat could go up in supermarkets, while the selection options could go down.

Hong Kong bookstore under attack in China reopens in Taiwan

The part-owner of a Hong Kong bookstore specializing in texts critical of China’s leaders reopened his shop in Taiwan on Saturday after fleeing Hong Kong due to legal troubles, saying he was grateful for the chance to make China’s Communist rulers “less than happy.”

Some businesses took the first steps toward reopening in Georgia on Friday as the Republican governor eased a month-long shutdown amid experts’ warnings of a potential new surge in coronavirus infections and a potent objection from President Trump.

As Americans stockpile everything from canned soup to toilet paper, food, and consumer products, makers are scrambling to meet demand.

The British government announced Thursday that a nationwide lockdown imposed to slow the spread of the new coronavirus will remain in place for at least three more weeks, as health officials said the UK’s outbreak — one of Europe’s worst — was nearing its peak.

Factories that crank out cars and trucks look into making much-needed ventilators. Distilleries intended for whiskey and rum to instead turn out hand sanitizers and disinfectants. And an electronics maker that builds display screens is repurposed for surgical masks.

St. Patrick’s Day celebrations around the world have fallen victim to the new coronavirus — but even a pandemic could not quash the desire to celebrate the color green, Guinness and all things Irish.

Tens of millions of students stayed home on three continents, security forces went on standby to guard against large gatherings of people, and bars, restaurants, and offices closed Friday to slow the spread of the coronavirus pandemic.

Spain’s minister of equality defended herself Wednesday from attacks by right-wing opposition parties who have criticized her use of a bold slogan to support the government’s draft bill on sex crimes.

Over the last seven years, husband and wife Rudy and Ron Vale have created a big welcoming restaurant infused with a sense of community and warmth.

An American husband and wife have now both died from injuries suffered in a New Zealand volcanic eruption, authorities said Thursday, leaving behind twin 6-year-old girls and an 11-year-old boy.

Located on Amesbury’s Market Street as it points toward the New Hampshire border, Phat Cats is housed in a building with its own history.

Lucky Finn opened on Oct. 25, at the new, still-launching Merchants Row on Route 53 in Hanover.

A new cafe culture is brewing in the San Francisco area, where a growing number of coffee houses are banishing paper to-go cups and replacing them with everything from glass jars to rental mugs and BYO cup policies.

The California winemakers who hosted a dinner at a “wine cave” for Democratic presidential hopeful Pete Buttigieg are defending the fundraising event.

The magazine cited an influx of new restaurants and luxury lodgings for Boston, calling the city “the country’s next great hotel city.”

Caroline Kennedy to christen carrier named after her father

John F. Kennedy’s daughter Caroline will participate in the christening of a new aircraft carrier that’s named after the 35th US president.

Classic Blue is Pantone Color Institute’s color of the year

In these uneasy times, as we move along to a new decade, the Pantone Color Institute has reached back in time to a calming, confident Classic Blue as its 2020 color of the year.

Sorry Dunkin’ fans: No more double-cupping, and they know you’re mad about it

Several parts of the development have opened to great fanfare, while other highly anticipated concepts, such as Hub Hall, have yet to open. Here’s a look at where everything stands.

How to layer flavors for big impact without needing long cooking times or a pantry full of spices.

Seventh grader Maya Noyes will test her cooking skills Tuesday night as she competes on a Thanksgiving episode of Food Network’s “Chopped Junior.”

The secret to Winthrop mainstay Cafe Rossetti’s may be the warm atmosphere created by a staff that welcomes you like family — plus generously sized, comforting dishes.

The two men were waiting in line at an Oxon Hill Popeyes on Monday night when one of the men accused the other of cutting in front of him in a line specifically for ordering chicken sandwiches, officials say.

McDonald’s chief steps down after relationship with employee

Steve Easterbrook, who was the fast-food giant’s president and chief executive, said he decided to move on because his actions were against “the values of the company.”

New York City lawmakers have passed a bill that bans restaurants and grocery stores from selling foie gras, the fattened liver of a duck or goose.

The buzz on coffee and the people who drink it

Presidential coffee history, the Costco coffee habits of Michael Dukakis, and a journey for the perfect cup.