President Trump’s attempt to pressure a foreign leader into investigating Joe Biden and his son was a clear abuse of power; it had to be checked.

The move has inspired some trepidation on the left — fear that a backlash to the inquiry will propel Trump to re-election in 2020.

That fear is probably overblown. The charges are serious enough — and Trump unpopular enough — that sympathy for the embattled president may not extend far beyond his base.

But the president’s critics should probably be thinking bigger. 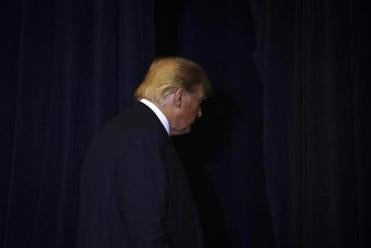 Elected officials have been strangely hesitant to call on the president to step down.

It’s not just the next election that’s in play. There are other larger questions to consider — about the basic health and direction of the country.

And the more you think about those questions, the more worrisome impeachment becomes.

It’s not just Trump’s personal conduct that’s so disturbing, after all. It’s the broader forces he’s unleashed — the savage partisanship and destructive disregard for the truth.

If we’re going to restore something like a functioning democracy, these are the forces that need tamping down.

The trouble is, rather than restraining these forces, it seems that impeachment could unleash them like never before.

THERE IS PLENTY of partisanship in every impeachment.

That was certainly the case for Bill Clinton’s impeachment in 1998: a parade of ill-fated Republican House speakers — Newt Gingrich, Bob Livingston, and Dennis Hastert — flaying the president for sexual improprieties that most Americans didn’t consider “high crimes and misdemeanors.”

In the end, only a handful of House Democrats voted to impeach Clinton and not a single Senate Democrat voted to remove him from office.

But historians attribute the party-line vote, in no small part, to the weakness of the case; Clinton’s infidelity had no obvious effect on the affairs of state and his popularity surged as the impeachment process wore on.

Ultimately, there was little reason — constitutional or political — for Democrats to turn against the leader of their own party.

Even Trent Lott, the Republican Senate majority leader, recognized that reality and worked with Minority Leader Tom Daschle to steer the case through the chamber with as little rancor as possible.

“We did it,” Daschle said, when it was all over.

“We sure did,” Lott replied.

That sort of bipartisanship ultimately prevailed in the near-impeachment of Richard Nixon, too.

Representative Peter Rodino, the New Jersey Democrat who chaired the House Judiciary Committee, did a masterful job of building an above-the-fray investigation: putting a respected Republican lawyer in charge and holding the most die-hard faction of pro-impeachment Democrats on the panel at bay.

And in the end, after hearing the “smoking gun” tape — a recording of Nixon plotting with his chief of staff to block the investigation into Watergate — Republican lawmakers turned on the president en masse and forced him to resign.

It’s nearly impossible to imagine that sort of turn of events now.

We have something approaching a “smoking gun” — a readout of Trump’s phone call with Ukrainian president Volodymyr Zelensky that shows him pressuring a foreign leader to investigate a political rival — and Republican senators are dismissing it out of hand.

“If you are underwhelmed by this transcript, you are not alone or ‘crazy,’ ” Senator Lindsey Graham of South Carolina tweeted on Wednesday. “Those willing to impeach the president over this transcript have shown their hatred for @realDonaldTrump overrides reason.”

Fox News host Sean Hannity, meanwhile, is telling his viewers that impeachment is about the Democrats’ “inexplicable hatred and rage toward Donald Trump.” The popular conservative website Breitbart is spinning out conspiracy theories about Congressional Democrats colluding with the CIA officer who filed the whistle-blower complaint that sparked the impeachment process.

And the president is warning darkly of traitors in his administration — suggesting punishment along the lines of “what we used to do in the old days when we were smart with spies and treason.”

As the stakes get higher in what is sure to be the most monumental fight of the president’s administration, it’s hard to see how it becomes anything less than an apotheosis of Trumpism — the ultimate in butchered truth and scorched-earth politics.

And it seems likely to work. A recent Marist poll, taken after the release of the readout of Trump’s call with Zelensky, showed just 6 percent of Republicans support the impeachment inquiry.

But impeachment leaves an indelible mark like little else in American politics. Watergate is what we remember of the Nixon administration — and it did lasting damage to the public’s faith in government.

Impeachment is what we’ll remember most about the Trump administration. And if it all goes as expected — if the truth is ignored and Republican senators prove unwilling to fulfill their most solemn duty — we may see this, in hindsight, as the moment that a cracking politics fully splintered.

THERE IS ANOTHER reason to be concerned about impeachment: The controversy may blot out the most important debate about the state of American affairs in a generation or more.

The shock of Trump’s election brought desperately needed attention to the “forgotten men and women” he placed at the heart of his campaign.

Trump, himself, has done little to help working people.

But the candidates in the Democratic presidential primary have laid out all sorts of detailed, far-reaching proposals for helping the poor and middle class.

The president’s racist remarks have also made debates about discrimination and equity more urgent. And his climate denialism helped spawn the Green New Deal and other far-reaching proposals for dealing with climate change.

In the last few months, voters latched on — lifting a wonky Elizabeth Warren into a virtual tie with Biden, the former vice president and longtime frontrunner in the race.

Biden, who’d been forced into a reckoning on race and climate, is on more comfortable ground again — doing battle with the president over core American values and the proper comportment of the leader of the free world.

Warren’s blistering critique of the country’s inequities has taken a back seat to her insistent call for removing Trump from office. And with the cable news networks consumed by the impeachment drama, many of the lower-tier Democratic candidates — and their ideas — are struggling for airtime.

The country, in other words, has shifted toward the sort of highly personalized, Trump-centric clash that the president relishes.

And even if Trump is acquitted by the Senate, the impeachment fight is sure to loom large in the general election — and not to the country’s benefit, says Jeffrey Engel, director of the Center for Presidential History at Southern Methodist University and co-author of “Impeachment: An American History.”

Without the shadow of impeachment, he argues, a resounding Democratic victory in the 2020 presidential race — or even a big Trump win — could have helped stitch together a fractured country.

But impeachment “is going to further divide the country,” he continued, “so that we’re not going to get a clean referendum in 2020 — we’re going to get division extended, no matter what happens.”

That’s not to say, as Engel emphasizes, that launching the impeachment inquiry was the wrong decision. “As a citizen, I wish these things were resolved simply at the ballot box,” he says. “As a devotee of the Constitution, I’m glad people are taking their responsibilities seriously.”

But protecting our constitutional democracy, we should recognize, may ultimately do it damage.