The task may feel daunting, but there are things to keep mind as we try to confront the twin problems of climate change and environmental degradation:

■ Our actions and the problems they create are connected, all around the world. We can’t pretend anymore that the things we do and wear and eat and use exist only for us, that they don’t have a wider impact beyond our individual lives, which also means that we’re all in this together.

■ A lack of transparency on the part of governments and corporations has meant that our actions have consequences we are unaware of, and if we knew about them, we would be surprised and angry.

■ It’s important to understand your actions and larger social, cultural, industrial, and economic processes in context, because then you can better understand which specific policies and practices would make a difference, and what they would achieve.

■ Living in a way that honors your values is important, even if your personal habits aren’t going to fix everything. We need to remember what is at stake, and the small sacrifices we make may help us do that, if you need reminding. If we know what our sacrifices mean and why they might matter, we might be more willing to make them. 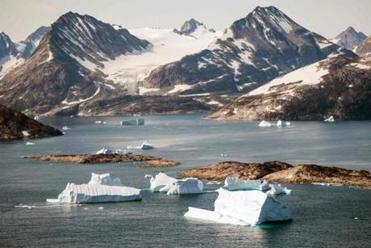 We’re all having an effect on the climate. Here’s what to do about it

Nearly everything we do has an effect on the climate. But the narrative of personal responsibility just makes us feel guilty while letting those who are truly responsible off the hook. We do have tools to make a difference, though.

■ Those directly responsible for pollution have rarely, if ever, paid for the costs. And they’ve created a lot of pollution: greenhouse gas emissions, oil spills, toxic waste, every other kind of waste, chemical pollution, and on and on forever. We’re the ones who have paid for it, and we’ll continue to pay if we don’t demand that they change their bad behavior.

■ It is always better to know more and make more informed decisions, but it should not be up to the consumer to figure out what is the most responsible or sustainable option. I shouldn’t have to find out which brand of jeans uses the least amount of water; the brands should be more transparent and tell us how much water they use, and then use much less. They are the ones who are making money from our choices, and we should not support those who don’t at least tell us what they’re doing.

■ When you hear politicians and business leaders and people in your own life say that transitioning to a green economy or building resilient infrastructure (to protect us from the coming disasters that humanity has created) will be too expensive, ask them these questions:

1. Won’t it be more expensive to lose cities to sea level rise and fight forest fires and deal with refugee crises spurred by drought and famine and other disasters, for instance?

2. Couldn’t mitigating climate change be a way to make money — by building new infrastructure, developing new technologies, providing new services, and avoiding chronic health costs, such as asthma, which can be caused by fossil fuel pollution?

3. Why wouldn’t you just try, in case (almost) all the scientists are right?

4. Does it matter how much anything costs if you’re dead and Miami is underwater?

■ If you care about justice, you care about climate change and pollution. If you want to fight inequality, you have to fight climate change, too. Already, the consequences of climate change disproportionately affect low-income communities and people of color in this country. Around the world, people living in poverty suffer most from climate change. Poorer countries are often in places with limited natural resources to begin with — like water or fertile land — or where the wealth has been taken out by Western colonizers and corporate interests. Or they are extreme environments to begin with: deserts, coasts, or islands far out in the middle of the ocean. People without means might be less easily able to recover from storms and fires, or they might not be able to find a better life if famine strikes where they live. The countries and communities that have contributed least to climate change and pollution will be the most affected. That is an injustice.

■ We all have to vote. Very few politicians (if any) have paid any price for not only not leading, but also for holding us back from addressing this impending disaster. They’ve made the prospects for fighting climate change worse, and they’ve made sure the effects of climate change will be more destructive and happen sooner. We can’t allow that anymore. It’s not enough to elect politicians who profess to understand and care about the problem; we must hold them accountable for their actions. Vote for people who offer meaningful policies, and make sure they are achieved. If they don’t, vote for someone else who will.

■ It’s OK to be angry and upset, but you have to stay engaged and involved.