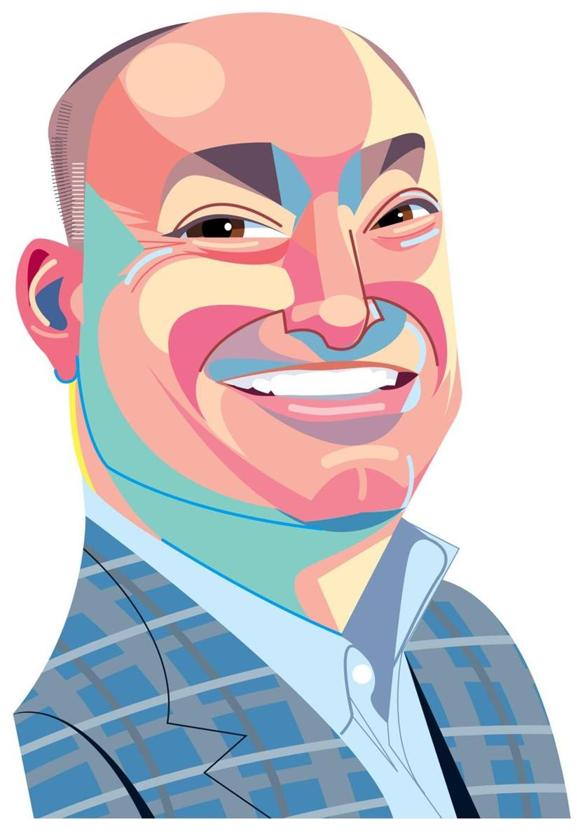 PTC chief executive says move to the Seaport has paid off

PTC just celebrated its first year in Boston, and its offices are a far cry from the old digs in Needham.

Newton referendum could have broader implications on development

Northland supporters point to the potential chilling effect: What message will a no vote send if a prominent developer can win a hard-fought city council approval, then lose at the ballot box?

The Watertown-based health care technology company has new owners, a new CEO, and a new focus on its core business.

With a food truck and more, Encore is looking to appeal to the low-rollers, too

The glitzy $2.6 billion resort — which has fallen well short of revenue projections — wants people who are not living a life of nonstop luxury to know that lower rollers are welcome, too.

These 2 Mass. breweries just made the top 4 on a list of the best worldwide

A popular beer-rating website has released its latest list of the top 100 brewers in the world — and two of the top four spots were claimed by Massachusetts breweries.

Microsoft to invest $1.1b in Mexico

Here’s what we will see in San Francisco: a wicked strong Massachusetts presence, one that reflects the powerful cluster of cyber companies in Greater Boston.

These are tenuous times for financial companies. Falling prices and persistently low interest rates are squeezing profits on many of the products and services they offer, from managing funds and other investment assets to credit cards and merger advice.

An afternoon recap of the day’s most important business news, delivered Monday through Friday.

Submit: Are you a consumer with a question?

Sean P. Murphy is the Globe’s consumer columnist, and he’s here to take your queries.

The 2018 Top Places to Work in Massachusetts

These 128 businesses have the happiest employees in the state. Here are sortable lists of the winners, and how we compiled them.

The private sector is unwilling to take on the financial risk, experts say, despite desperate need.

Victoria’s Secret, which once defined sexy with its leggy supermodels prancing around in their bras and oversized angel wings, is being sold.

Braintree’s Barnes & Noble is closing Saturday, but not for the reason you might think

The bookstore chain says it wasn’t willing to sign a more expensive lease, but hopes to find a new location nearby.

Market-watchers said they didn’t see one clear trigger for the movements, which were reminiscent of the market’s sudden shifts during the height of the US-China trade war.

The Lowell company’s CEO will helm the new operation after it combines with Florida’s Ultimate Software.

‘No longer are tech companies the underdog upstarts,’’ the attorney general said. ‘‘They have become titans.’’

Forget about perks like miles, meals, and movies. At their core, airlines promise a simple service — timely transportation — yet they made little progress toward improving that basic offering last year.

General Electric Co. is in talks with Airbus SE to offer engines for the A330 jet, people familiar with the matter said, aiming to break Rolls-Royce Holdings Plc’s grip as the sole engine provider for the wide-body plane.

Plans for East Boston commuter boat are now on deck

Politicians have long talked about reviving commuter boats in East Boston. Now that talk finally seems to be turning into action.

The arrival of the Westerdam cruise ship in Cambodia seemed like cause for celebration.

Environmentalists have been encouraging Harvard for years to divest from fossil fuels, but the campaign has intensified in recent months and the university is being hammered on multiple fronts to pull its endowment out of investments in oil, gas, and coal companies.

US stock indexes closed with mostly modest losses Tuesday as the market gave up some of its solid gains from the past two weeks.

HSBC plans to cut 35,000 jobs over the next three years as the global bank scales back its Western operations to focus on faster-growing Asian markets, particularly China.

Court reinstates order for Russia to pay $50 billion over Yukos

In a major legal defeat for the Russian government, a Dutch appeals court on Tuesday reinstated an international arbitration panel’s order that it should pay $50 billion compensation to shareholders in former oil company Yukos.

For ‘angel’ investors, tax credit program has been hellish

Bezos says he will commit $10 billion to fight climate change

The Amazon founder and CEO said the grants will go to individuals and organizations from around the globe.

Stories you may have missed from the world of business

Two of the three US carriers that use Boeing’s 737 Max jetliner have postponed scheduling flights on the plane, the latest in a series of delays over the last year.

Michael Avenatti is convicted of trying to extort Nike

Facebook has decided to let political campaigns pay online influencers to spread their messages, a practice that had sidestepped many of the social network’s rules governing political ads.

Ed Ansin had sought to link his Channel 7 with the network.

The Tremont Street tower will also include a 200-room hotel and parking for Tufts Medical Center.

The publisher is hobbled by debt and declining print revenue.

One of President Trump’s nominees for the Federal Reserve came under sharp questioning Thursday from senators over her unorthodox economic views, including from two Republicans whose doubts about her nomination could imperil it.

A day before the second anniversary of the mass shooting in Parkland, Florida, parents of one of the victims, along with survivor David Hogg, came to Boston on Thursday to unveil an initiative aimed at encouraging businesses to support gun safety laws.

A federal judge in Washington ordered Microsoft on Thursday to halt all work on a $10 billion cloud-computing contract for the Pentagon, in a victory for Amazon, which had challenged the awarding of the contract.

Solace for laid-off Wayfair workers: Other Boston tech companies are hungry for talent

With tech companies in Boston routinely describing a shortage of talent as one of the main limits to their growth here, many laid-off Wayfair employees should have options.

The beer is finally flowing at the Sam Adams taproom

After two years of construction and delays, Boston Beer’s three-level downtown space is open for business.

Some of the world’s largest financial institutions have stopped putting their money behind oil production in the Canadian province of Alberta, home to one of the world’s most extensive, and also dirtiest, oil reserves.

SoftBank Group has taken another multibillion-dollar hit from its ambitious but costly bets on once high-flying companies like Uber and WeWork, putting growing pressure on the Japanese conglomerate to get its financial house in order.

The social media giant said it had taken action against malicious actors in Russia, Iran, and Myanmar that had deployed fake accounts and other efforts to manipulate users.

Stocks closed broadly higher on Wall Street Wednesday, driving the S&P 500 and Nasdaq indexes to more record highs. Technology stocks powered much of the rally as investors focused on the latest batch of mostly solid company earnings reports. The latest gains came as worries about the economic impact of the virus outbreak that originated in China continued to subside. Health officials raised hopes that the spread of the virus is peaking after new cases dropped for a second straight day. Worries about the economic impact of the outbreak fueled a wave of selling that erased the market’s gains in January, but traders have since largely set aside their jitters. The S&P 500 index is up 4.8 percent so far this month, on pace for its biggest monthly gain since June. “You have the continuing good news on the coronavirus potentially slowing and being under control, and that’s obviously powerful,” said Tom Martin, senior portfolio manager with Globalt Investments.

Kirsner’s Innovation Economy column appears in the Boston Sunday Globe, and he contributes to the Globe’s Beta Boston website.