Few US companies reached as far into everyday life as General Electric, a conglomerate in the truest sense that over the decades produced everything from toasters to home loans, TV shows to medical imaging machines, and the equipment that powered electricity plants.

Flannery is turning the GE business model inside out, betting that a smaller, more focused company can get back to producing the reliable earnings and revenue growth that once made the company a safe Wall Street investment. In the past, GE relied on a large number of businesses from a diverse portfolio to ensure that if some were struggling, others would pick up the slack.

“Today’s announcement marks the emergence of a new GE, a high-tech industrial GE — simpler, stronger, a more focused company at the core. This is a GE that’s equipped for the future,” Flannery said on a conference call Tuesday.

At its most recent peak in 2007, GE’s share price valued the company at $418 billion; today it is worth less than $120 billion, and the stock’s persistent poor performance resulted in GE being removed from the benchmark Dow Jones industrial average — with the change taking effect on the day Flannery announced the major restructuring. 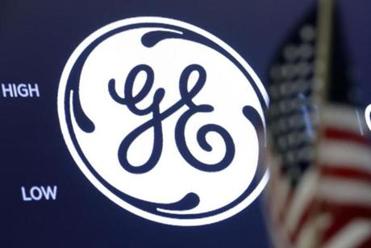 The GE that emerges after these cuts will be much leaner, with units that fit more comfortably together under one roof.

“It’s a big part of our history [but] it cannot and will not define us in the future,” Flannery said of the removal from the Dow index. “If anything, this is motivation [to] show the world what we can do.”

Investors seemed pleased with Flannery’s plans, sending shares up by nearly 8 percent to $13.74 on Tuesday.

The restructuring also includes another $500 million in cost-cutting by 2020 — on top of at least $2 billion in cuts underway this year. The bulk of the additional reductions will be within the company’s corporate functions, rather than at its individually run operating divisions.

The cost-cutting has fueled questions among some Boston business leaders about whether GE would fully complete its $200 million headquarters complex in Fort Point. Boston and Massachusetts officials had wooed GE with public subsidies in 2016 to relocate from Connecticut.

Right now the company has about 250 people in temporary offices on Farnsworth Street, but had pledged 800 positions at the new complex by 2024.

In an interview Tuesday, Flannery sought to quiet any speculation GE could walk back on its promises. “There’s no change at all in our commitment to Boston,” he said.

The new divestitures, combined with previous plans to sell other divisions, such as those that make light bulbs, appliances, and locomotive engines, would leave GE to focus on just three business lines: aviation, which makes jet engines; power, which makes gas turbines; and renewable energy, which makes windmills.

Those three units together currently generate about $71 billion in revenue, plus another $9 billion or so from a slimmed-down GE Capital, compared with $122 billion for the entire group that Flannery led when he became CEO last summer. GE’s head count, about 300,000, will shrink significantly, as about 64,000 work for Baker Hughes and another 52,000 for GE Healthcare.

Scott Davis, an analyst at Melius Research, said Flannery’s latest moves amounted to a “break-up” of the company. “We have argued for the full break-up of GE and we pretty much have that — at least a realistic version of that,” Davis wrote in a note.

But Peter Cohan, a lecturer in management at Babson College, is skeptical these steps are enough to revive the stock price.

“Flannery is showing he can cut people and businesses but that is not a reason to invest,” Cohan said. “To get investors excited, GE will need double digit revenue growth.”

The company now has about 5,000 employees in Massachusetts, about half at the jet-engine plant in Lynn that will remain part of the company going forward. However, GE has about 700 employees in Marlborough and Westborough who work in the life sciences division of its health care operation.

Setting up the $19 billion health care business as its own independent company was a bit unexpected, as Flannery once headed the division, and then named it one of GE’s three core operations last November after he became CEO.

“When I was running that business, I always thought there were more things I could be doing if I was in a different [corporate] structure,” Flannery said.

He expects the health care division to be on its own within 18 months, and predicted the business will grow and its workforce will increase.

The divestiture of GE’s majority stake in the Baker Hughes oil and gas business was less of a surprise. The company was set up through a merger with Baker Hughes — one of the last big deals Flannery’s predecessor, Jeff Immelt, did before GE’s fortunes began to decline — and was designed so it could be spun out as a separate company.

Flannery launched a major review of the business lines almost as soon as he took over for Immelt last summer, with a goal of boosting the company’s lackluster stock performance and cash flow. In particular, GE’s leadership was under pressure from an activist shareholder, Trian Fund Management, which on Tuesday issued a brief statement applauding Flannery’s moves.

Flannery told investors last fall that GE would shed at least $20 billion worth of operations, which include recent deals to merge its train business with Wabtec, and selling its distributed power generation division.

“It’s a logical step,” Suffolk University finance professor Abu Jalal said of Flannery’s moves to pare back GE. “They should have done it a little sooner.”

Bill Aulet, an entrepreneurship professor at MIT, said something important is invariably lost when a giant company of GE’s size scales way back. He’s particularly concerned for GE’s investments in research and development, and its reputation for developing corporate executives.

“The GE conglomerate I worked for in 2000 is long gone,” said Sean Becker, who runs an energy storage startup in Somerville called Sparkplug Power. “It’s a very dramatic change. . . . The most intriguing thing, I think, will be to see whether it salvages the stock price.”