Sooner rather than later, a writer contemplating motherhood asks: Why has so little been truthfully written about the experience? A spate of recent books has rushed to fill this perceived void, yet as Rachel Cusk noted in “A Life’s Work — On Becoming a Mother,” material abounds — and long has. It’s just, she ruefully suggests, that only mothers are interested. Between a woman who has given birth and one who hasn’t lies an unbridgeable gap.

Cusk had published three novels by the time her first daughter, Albertine, was born. Much of “A Life’s Work” centers on her fears of losing herself as a writer. Though she turns to literature to help illuminate her transformation, her personal observations are far more compelling.

Arriving home from the hospital, she locks gazes with her infant and waits, “as if for her to state her purpose, or for her people to come from their planet and retrieve her.” Cusk’s old and new selves are separate enclaves whose border she vainly patrols. To be a mother, she must leave the telephone unanswered; “to be myself I must let the baby cry.”

As seemingly constant feedings alternate with colicky shrieking bouts, Cusk gives in to the sensation that she is part of a unit she calls motherbaby. Desperate to cross back to “the country of myself,” she stops breast feeding at three months. Yet mothering has left her inescapably altered. On a shopping holiday in London, she cannot muster her former interest in clothes. She winds up in a children’s store, overcome by longing to comfort another woman’s crying infant.

The writer Meaghan O’Connell suggests that once a child arrives, women enter a realm of “Why were we never told?” She is determined to end the conspiracy. An accidental pregnancy in her 20s brought forth a baby boy, also a book, “And Now We Have Everything — On Motherhood Before I Was Ready.” O’Connell recounts her protracted labor in an excruciating blow-by-blow that could discourage all but the most determined. She is at her mordant best describing the wreck of her body following birth and the ceremonial first visit by her childless single friends. Yet, looking back on her baby’s first year, O’Connell arrives at a cheerful equilibrium. “We are a family,” she concludes with wonder. Whether she deliberately chose motherhood or it just happened no longer matters. 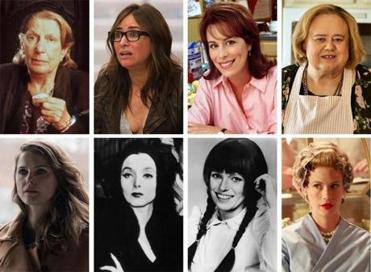 My favorites aren’t the ones in heels and housedresses, but the crazy kind.

To Sheila Heti, however, the choice is as threatening as a loaded gun. In 2012, Heti made a splash with “How Should a Person Be?: A Novel from Life.” In her new book, “Motherhood,” the writer-narrator agonizes over whether to give birth before it is too late. About to turn 37, she writes: “Whether I want kids is a secret I keep from myself — it is the greatest secret I keep from myself.”

Like Cusk and O’Connell, Heti fears that a child will eclipse her literary ambitions. (The views of women who do not long to become writers but also resist motherhood cry out for reportage.) Heti’s inquiry is partly organized around the mood swings attending the narrator’s menstrual cycle. To flush out her inner truths, the narrator also uses a coin-flipping technique based on the I Ching.

Taking a scalpel to the social pressures on women to produce babies, she shuttles between what her friends are doing and her own hesitations. Ultimately, she digs into the fraught histories of her mother and maternal grandmother, who have passed on a heritage of thwarted nurturance. Nearly 200 pages in, the narrator admits that her book is prophylactic: The longer she works on it, the less likely that she will have a child. It is a strategy worthy of Scheherazade; unfortunately, Heti draws out her torment at the reader’s expense.

For evidence of how little has changed, Adrienne Rich’s “Of Woman Born: Motherhood as Experience and Institution” bears revisiting. A Radcliffe graduate and gifted poet, Rich came of age in the 1950s, having felt that she was not like other women. In her 20s, she gave birth to three boys.

“Of Woman Born” revisits the pain and anger of her experience, much of which, she contends, arose from cultural expectations. Her dissection of the institution of motherhood remains a cornerstone of second-wave feminist analysis. Readers who lived through those years may experience a shock of recognition on returning to Rich’s smoldering broadside and fresh sadness over the costs of change.

Yes, things are better. Exhibit A may be O’Connell’s partner, Dustin, whom she portrays as more of a natural at parenting than she. (Who can resist a former Eagle Scout who reads “Paradise Lost” to the baby?) Nevertheless, as Rich noted in 1976, it is women who are described, or not, as childless. The term “nonfather” did not exist then, and still doesn’t. A growing body of writings attests to why.

The Boston Globe may earn a portion of sales from products that are purchased through our site as part of our Affiliate Partnerships with retailers.

M.J. Andersen is an author and journalist who writes frequently on the arts.
Loading comments...
Most Popular in arts
Real journalists. Real journalism. Subscribe to The Boston Globe today.