When I think of TV mothers, as I sometimes do around Mother’s Day, I tend to think of the wholesome ones first. You know, the walking talking Hallmark cards such as June Cleaver and Carol Brady. They’re kind, gentle, moral, maternal, and dull — kind of like the hosts we’d meet if “Westworld” had a Mommy World park.

But let’s take a moment to look at some of the crazy mothers, the ladies who’ve keep us amused with their matriarchal misbehavior and madness. I like them best of all, with their flaws, eccentricities, and temperamental twists. Here are a few of my favorites.

She was a bit of a TV groundbreaker, when it came to telling the truth about mothers. By trying to have her son, Tony, killed after he put her in a nursing home, she poked holes in the maternal myth that all mothers are willing to do anything for their children. Livia was a nightmare, a manipulative, paranoid guilt-tripping person who wanted to make everyone around her miserable. Marchand’s dissonant, whiny voice made the character even harder to take. I loved watching her.

There’s nothing neat about Sam’s mothering style. A single working parent, she is fiercely protective of her three daughters, each of whom has her own specific issues. But, as in real life, Sam and her babies also battle hard over issues big and small. The warmth of the show comes in the resolutions they reach, usually moments of peace and evolution. Sam can be highstrung, but she’s also wise and giving. Like everything about this fine series, she is never less than emotionally honest.

Lois, “Malcolm in the Middle”

With “Breaking Bad,” this series became known as the comedy that proves Bryan Cranston’s acting range. But Kaczmarek’s Lois, the mother of five boys, ruled the roost and was just as important. She had the disposition of an Army sergeant and treated her mothering duties like war drills. She was “strict” to put it mildly, but only because she cared so much. In some ways, she was a cartoonish version of Adlon’s Sam Fox on “Better Things.” And Lois was a nut, which was the only way she was able to cope with the chaos. 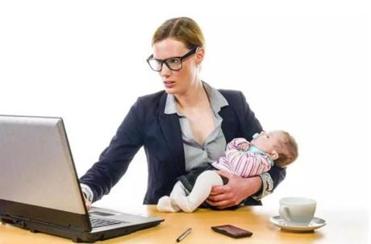 Shirley Leung: What I want for Mother’s Day? Not having to do it all

I love being a mother. I love working. But being a working mother, well, there are many days I would not wish that on my worst enemy.

It’s hard not to love Christine, quirks, passive-aggression, bad taste and all. She’s the real star of the show, as she tries to hold her dysfunctional family together and move forward from a difficult past. She is strong, standing up to her bullying brother and taking on the French woman who used her son for a green card. And over the seasons, she has become more fulfilled. Anderson, who has said he is channeling his mother when he plays Christine, brings all kinds of subtlety to his performance.

She’s not really crazy. She’s just so caught up in her Russian spy work that she makes some decisions that June Cleaver wouldn’t — among them sleeping with men for the job, wearing bad wigs, and, oh yeah, brutally killing lots of people. She’s an intensely clear thinker who knows how to anticipate trouble and get out of life-threatening binds, even if her marriage is in trouble now that Philip is out of the game. Her bond with daughter Paige is getting more and more intense, now that Paige is eager for spy intrigue. Her bond with her non-spy son? Almost nonexistent.

She’s a classic favorite of mine, the Goth mom who was crazy in the best way. Her favorite color was black, she enjoyed getting stretched on a rack, and she was seen clipping the buds off roses because she preferred to look at the bare thorny stems. She was a loving mother to Wednesday and Pugsley, and a tender wife to Gomez, whom she’d drive wild by using French phrases. She was a model of elegance, with her floor-length dresses and her highborn airs.

If June Cleaver was a Hallmark card, Mary Hartman was one of those campy greeting cards with references to leaving babies on buses. Mary was a satirical icon of post-Watergate America, as she obsessed over superficialities such as the waxy yellow buildup on her kitchen floor. She was a figure of Andy Warhol proportions. With her braided pigtails and pinafores, she looked like an oversize little girl trying to fend off reality with the latest sweeping device. Mary raised her sulky daughter Heather as best she could, in a miasma of consumerism and emotional detachment.

She was, for the most part, an awful mother who was prone to venting her repressed anger on her kids. She laid some heavy trips on poor little Bobby. But my heart always broke a little for Betty, because she was so hollow and depressed. She was a victim of systemic sexism, raised to be little more than a pretty wife — and a pretty wife who needs to be patient about her husband’s infidelities. She was a child herself, emotionally and psychologically, and had no business taking care of real children. But that parenting pathos was an important part of what made “Mad Men” so compelling.